Reworks are something we look to do all the time. They allows us to try new things, keep the game fresh, and can bring life back to dead as fuck classes. In a perfect world, reworks would be done based off necessity, but we are not a full time developer team with the intent of creating a perfect new game. In reality for us, the main thing that is important to us when it comes to rework is drive. We need to have motivation to do reworks because they are a huge time commitment and if noone is motivated to do it, the timeline becomes sloppy, ideas are weak, and the finished product ultimately does not solve anything. There is no point in us committing time to reworks we have no desire to create, so for reworks outside of our comfort zone, we rely on players to bring the motivation for us. We want to work on these things, but we need people to come to us with ideas, concepts, and hype in order to hype us up as well.

There is a general timeline for how the process of reworks is done which will be explained in further below. We generally start with free floating ideas, try them out, refine, and possibly release. If we try a concept that we don't feel satisfied with, they either die on the spot, or they get re-iterated and changed into a new concept, and this process can be repeated endlessly. The main goals when looking to rework are keeping the core concept of the class intact, having the class be understandable, and expressive. Simple, but expressive can be stated as a main core for a majority of reworks. It should be noted that this process is done for custom reworks, ED reworks are generally more streamlined and just copy paste.

An ever on-going process. Ideas constantly will flow around and we look at what possible classes we want to mess with. Outside proposals also come to us and we internally discuss possibilities.

This is where we start creating ideas for what is possible in reworks. When outside help is consulted for a rework, ideas usually come from the outside source, and we approve or deny based off a variety of factors such as possibility, health, and thematic fit. Regardless of where ideas come from, they are bounced around internally to determine how well they will work.

This experimentation process is where we as developers look into creating new skills, and seeing if certain systems are possible to create. A few ideas generally die off in this stage so its best that we come into it with more than one general concept or be flexible with ideas.

This is where the meat of a rework comes into play. Multiple documents are created with theoretical numbers and playstyle. This process takes the longest because as developers we first have to make sure everything works, and then we take time to make sure that the concept has viability before we progress to the finalized concept. It is at this moment where we ask playtesters, is this an improvement, and what can be altered slightly to make it better. We arent looking for general balance here, but gameplay feel.

Final concept phase is where we take feedback from testers, and make slight modifications to gameplay feel. At this phase we also take final looks at skill animations and make small adjustments to how they look or how they “feel” visually.

Balance portion ends up being a small portion of the rework due to how our test server operates. Due to it being almost impossible to consistently get 8 people to run raid comps for testing, the way we test for balance is by cleaning test server, getting a slew of numbers from the reworked class, and then re-applying the rework and balancing till we get these numbers super similar. This obviously isn't a perfect way of doing this, but we have to make do with what we have. It's also natural that testers have not perfected the altered class, so we have to account for this and balance downwards to compensate.

While waiting to release in the next patch, final passes on things will be done. This includes adding descriptions, icons, effects, and anything necessary to understanding how the rework operates.

I want to close by saying the reason I made this was to provide insight to how these matters operate and to allow the community to understand that when we deny or ignore reworks its not to be mean. We actually want to work on the game and make it better, but understand that we need drive to make this happen. We also hope you understand that reworks are not a just do what I want situation, its a give and take, and the more you work with us, the more we can work with you. 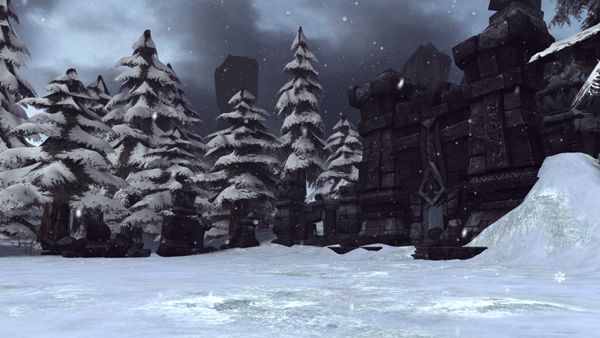 Alas, the holidays are over and so we are turning off Santa Orc and the other holiday events. We're also starting to make systemic changes as we prepare for our next huge content update.