Hope everyone had a happy Lunar New Year! Here's whats going on behind the curtain and what you can expect to come next for Project Duck. Also, our 3rd anniversary is coming up, so we'll be preparing some events and rewards to celebrate.

We're still plugging away at the mountain of work that goes into making updates for Project Duck, but we appreciate your patience while we prioritize our real-life obligations and our health. We don't want to rush and release low-quality updates, and we hope to see you when we drop the big updates! We also like to have a little fun and play around when we have free time. We aren't machines that just work on Project Duck. We're people too and we want to enjoy our work.

We're very aware that there's not much to do right now - however, two players who have reached +30 Midnight Frost (congrats to Emolga and Sailing!). We're making progress with our next content expansion, which revolves around Rune Dragon.

We're also looking into creating new gear pathways rather than sticking with our completely linear progression. This can bring a lot more diversity into gear/builds and user choice in min-maxing. In order to do that, we might have to make very big sweeping changes that may or may not change important things like Final Damage, crit chance, and crit damage.

We're closing in on EXP4's release. We have a lot of the progression and systems planned out but have yet to execute on them. With complete transparency, I can say that we've been stuck at a particular part of a nest just as a result of hitting walls with implementation of mechanics. Things sometimes just don't work the way how we want them to and we get frustrated as we try to make workarounds. Luckily, we've been able to move past that issue and have started to make some progress again.

Many of y'all may have noticed several Grand Masters and Mystic Knights running around recently. We're currently running a few more tests and balancing tweaks before they're ready for release! As usual you can expect Project Duck's signature fast paced gameplay and tasteful tweaks on these new classes.

Several classes are on the rework list, we're working through design, testing, and implementations for multiple classes.

In no particular order:

Traditionally, we've only been balancing classes based on the current relevant 8-man raid content. However, since we're increasing focus on small party and solo content, there's a bit of an issue if we don't take those into account. We also have to wait for a patch cycle to adjust class balance and we tend to avoid shipping patches just to tweak 1 or 2 classes.

We're working on a dynamic balancing system that would allow us to:

Having these knobs will make things much less painful for those who play classes that are in demand for raids but are not well suited for small party content, and also let us test balancing before committing to a patch.

On Kozima's side, due to job search and other factors (now starting a new job, and moved 2 states over) most ideas have been in experimental phase. A few of these still will need work, but some can be shared right now.

Unified skills are looking to be changed to be legitimate choice. Instead of having a singular HP and then FD/Ult CD, all 3 variants will be combat focused in one way or another. Currently looking at 3-5 options per color.

Scrap current system, possibly add more variance in the way of skill plate. Allows more classes to use buffs, and even diversify what the buffs do. Due to these being under same ID's they would not be stackable either, removing this annoyance.

Cant reveal anything yet, but big tings. Hopefully large things alongside EXP 4.

It was decided in last roadmap that three different kinds of maps would be created for a more enjoyable experience. Blast zones similar to smash brothers, a ring of fire, and special buff zones. Roy and Bao have decided to team up and combine all of this into one master class map...

As far as balancing goes, it will be the usual progressive patches throughout the year any is needed.

The new launcher has much better download and patching speed (up to 10x faster patching than DNLauncher), news and updates built-in, improved settings page (with all the gameconfig.json settings), extensibility, and of course a sleek design.

In the future, we'll be adding features such as client repair, mod manager, account management, and more.

As mentioned above, Vahr has been plugging away at improving DN's ancient 2009 game engine on DN Origins (our sister server). Some of those improvements can be ported to Duck, but otherwise this is an investment for later when we switch over to using DN Origins' codebase. Initial optimization results show a 30% increase in solo FPS and 10% increase in party FPS, with more improvements expected during high-activity, high effect situations.

Of course, the end goal is smooth 144 FPS during 8-man raid, which doesn't actually seem too far off... Vahr rewrites engine when

We've decided to put our multiserver implementation on hold, since the current approach of replacing the "organizer" server with our own code is obnoxiously tedious (having to decipher hundreds of different kinds of packets and emulating lots of behaviors is not very fun or efficient). We'll be getting multiserver support when we switch over to the DN Origins codebase anyway, so its not worthwhile duplicating that work (at significantly higher cost).

We're getting very close to having full map editing capability! This means we can build and sculpt our own dungeons, nests, raids, towns... We've had the capability for doing basic (mostly cosmetic) edits for a long time but we're finally starting to be able to edit a lot of "invisible but necessary" parts of the map (like the navigation mesh) that will let us do whatever we want.

This was mentioned when we introduced account-wide likes, but soon you'll have the ability to set an account nickname and have public profiles that show your achievements/badges, various stats, and we're also going to be introducing raid honor. Raid honor can be earned from your teammates

We're mulling the idea of introducing a premium pass that grants conveniences to the most hardcore players. Such conveniences would include features that make it easy and fast to gear transfer, class change (skill builds, skill bars, plate sets), offline access to marketplace via website, and more. We won't add anything that grants a pay-only benefit to stats etc, though. 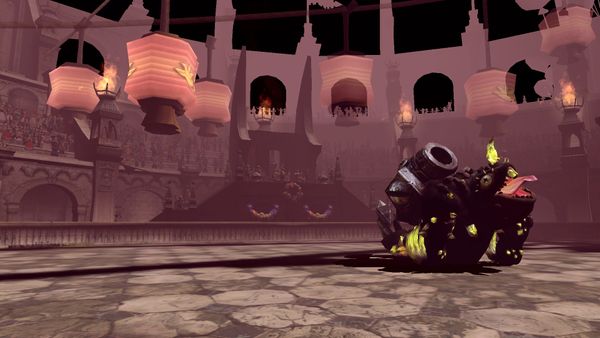