Hi, this is Joorji with the Spooktacular survey review. Here is a short summary of some of the answers alongside some commentary and my feedback to everyone's feedback.

These were the most played classes during the event time according to players. There isn't much of a surprise here given that warriors of course would be most popular and then the assassins.

These were classes that respondants want to talk about the most

Lot's of things to write about here as this was the main meat of the survey. Here are some summarized statements from people with a developer reply indented below it:

Some of this stuff is word-for-word copied, the others are summarized or short-handed. I did not include everything since it'd take forever to get through it all. Especially with some of the non-answers or useless responses we got.

I might have something planned for this in the future. But not for Lustre. Of course Ill have to look into a lot more deeply for balance and other purposes.

There is still room for another Reaper rework to implement stuff but Ie don't have any plans to implement things from Spook in particular. If Reaper were to get reworked again, it would not be any time soon.

Kinda agree but also no because Beast Swipe has its own issues with targeting and just more clone noise spam. This is more of an issue of Flare Blitz needs to be fixed to not move your actual position around so dramatically.

Light Fury changes were overall positive from everyone I've heard from. We're not sure if these changes would make it in either as we haven't had a proper discussion about them internally. Maybe when we do a revisit on healers we can take a look at Light Fury again (once again, not sure when that will be).

Glad to see that mostly everyone liked it. There were a few responses that said that removing the aura swapping took away the class' identity and I kind of agree but don't at the same time. The auras definitely slowed down the gameplay and put a wrench in the smoothness of the rotation. The aura changing class archetype should be somewhere in the game but I haven't figured out a proper place or implementation for it quite yet. The Crusader rework will probably end up being almost exactly like Spook with some visual and qualtiy of life changs to fix some issues brought up by people in here.

Half of the responses said that Mania was great and should be replacing Rock Fist while the other half said it should've replaced Beast Rush. Ruina is in a really weird situation since people that I know that want changes for it are kinda pushing it in different directions. It's been slated for a rework for some time now but it's been pretty controversial so it's been hard to decide what to do with it.

Gladiator was a fun experiment and people seemed to really enjoy it. We could probably use some of the stuff from Spook if we were to do a touch-up on the class (although that would not include any changes to make it ice based).

I had a lot of fun with Gravity Javelin as well and I'm glad that other people liked it. I think there are some grounds for a minor change to Chaos Mage to implement the Javelin but I'll have to give it more thought.

We could definitely make it easier to stack and that will pretty drastically lower the skill floor of the class which could be a good idea consider since Lunar Knight is kind of the poster child class for the game. Although Flash Step having MoonFall is not the way to go with this.

I tried to make it as insane looking as possible so that was clearly successful. I think it wouldn't be too bad to have some of these changes implemented (namely Fireball, Firewall, and Hot Rod). Everything else was kinda too meme to consider.

We should probably avoid making changes when they don't do too much in the future yea.

This was secretly also a semi-prototype for a Warden rework too although it wasn't stated on the doc since it wasn't tested or implemented to its full extent unlike Shooting Star and Crusader. I think it's a step in the right direction and we'll have to give it more thought and changes for a proper rework. I think the idea was there but it wasn't quite right. As for the disabling of the class, it was just something I didn't want to deal with. I worked with the class for a long enough time trying to fix the bugs with it before and during Spooktacular and I didn't want to think about it anymore. Sorry to the people who wanted to actually play it and try what could've been a semi-prototype for a rework but people like to abuse damage bugs and the game like to be annoying to fix so I just disabled it to quit giving myself a headache.

This was definitely something I wanted to look into for a potential revisit to Inquisitor rework. Although I wouldn't necessarily do it the way that it was implemented here.

It's pretty broken and we aren't gonna keep this in any way most likely lmao.

Something to consider, sure.

Glad that Ray Horizon, Spectrum Shower, and Energy Blast turned out so good. That's something we can do in the near future. A bigger overarching rework needs more thought put into it.

We didn't even do anything to this class during Spook.

Don't worry about this ever being a thing. We wouldn't ever do anything like this.

Some good responses, some bad ones as usual. I'll start working on figuring out who is gonna get some survey QC. Thanks to everyone who decided to put in some brain cells into their answers.

I'm not sure if I'll do Spooktacular again next year considering how much time it takes and how much shit we get for it.

We'll be taking some of this feedback and implementing it and the other feedback will go straight into the trash can. 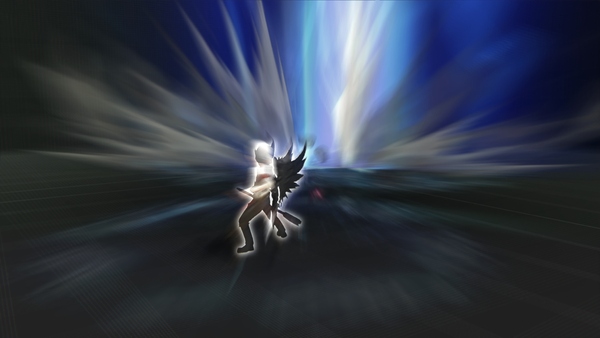 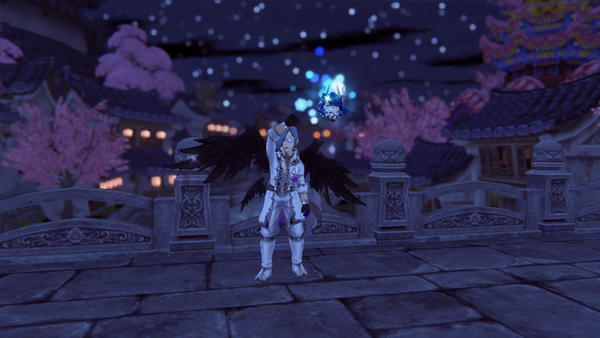