Welcome to Project Duck's 2020 Halloween Spooktacular! Man have we got some deep fried gameplay for you! Please enjoy yourselves, collect cool weapons, and play tennis with the bosses.

Here at Project Duck we like to do crazy things and have fun. This last April Fools we "balanced" the classes, fucked up all sorts of names, deep-fried the town sky, and injected a healthy dose of Jojo memes into RDN. Turns out once a year isn't enough, so we've decided to make Halloween an "October Fools" of sorts. Think of it as like Doom Bots or URF (from League) for DN.

On the developer side, it also lets us try out new ideas and techniques without having to meet our usual high bar or having to worry about balance, class identity, and the other usual factors. We can just make something cool or crazy and just run with it. Sometimes things even turn into legitimate changes or are incorporated into reworks! Think of it like being able to experiment and practice so that we can do better when it counts. Also, the extreme changes push the game and our tools to their limits - we've already made several improvements to the tools as a result (if only the game engine itself were that easy to improve...).

We hope you enjoy the fruits of our memes,
- The Project Duck Team

Let us welcome these spooky Halloween weapons with custom colors and effects created by Blush! Please take advantage of the event and claim yours ASAP at Count Crockula... for a hefty coin price!

You can also see the new Menacing Spirit available in the shop!

These will no longer be available for purchase after the event is over.

Drop changes to the following nests. This was done to prevent extreme exploits (Lumens and gold drops are also limited to 40 and 900 respectively for ALL of the following):

Some things will leak into PvP, oh well, have fun. Different devs had fun with different classes, some classes may be wildly unbalanced compared to others.

FPS is going to drop significantly, your ears are going to hurt, skills will bug. Epilepsy warning.

Become a fiend, a demon FUELED BY MOTIVATION. Combo like never before. 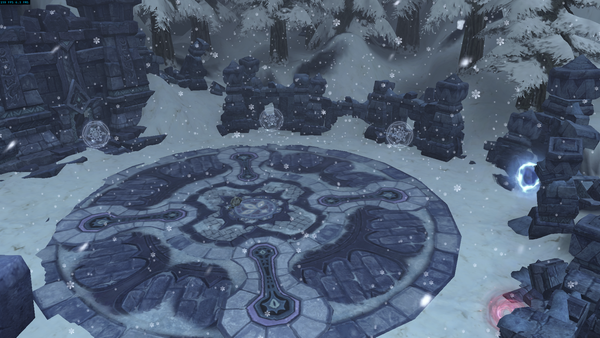 Current status of what's going on with Project Duck