Hello, I'm Vivid (Sifut#6969). I've been playing Dragon Nest since 60 cap and have begun playing Blood Phantom (also known as Bleed Phantom) since the beginning of Project Duck. I'm a gamer that doesn't one trick this class anymore and can play a variety of classes such as Gladiator and Abyss Walker.

Please note that the way this class is played is completely different from the live version of the class.

Blood Phantom is a dark version of the Assassin class that requires you to play aggressively, maintain proper positioning, and aim well in order to output high DPS numbers. This class focuses mainly on close range with the exception of a couple skills that will be discussed later in the guide. This class does not perform as well as other classes in 4 man content and only really gains a power spike when up against a big mob such as a dragon.

Blood Phantom's bubble system is relatively easy to work with as the only bubble generation in the class is from the [Blood Phantom Transformation]. As soon as you transform, you are granted with 20 bubbles. No matter what number of bubbles you are at, you will be right back at 20 bubbles when you transform.

Note: All of these skill descriptions are under the assumption that you are in a transformed state.

[Swift Cut (CM3)]: CM3 increases [Swift Cut]'s damage and changes the skill to throw shurikens. This is used to remove the preparatory action required for [Shadow Overdrive] if you were to use the skill without [Swift Cut]. I don't know why you would ever do this to yourself though. This can also be used as filler.

[Death Web]: A pointless skill unless it’s being used in PvP.

[Pass Away]: This skill will be in your Top 3 for your skill spread. This skill has two different forms – melee and ranged. The melee version is three hits, with the last hit being the strongest attack. Your character does a backflip and throws a shuriken in the ranged version, with hits depending on the boss size. To use it, press [Pass Away] and follow up with a right-click. The damage output between these two skills will depend on boss size.

[Phantom Drive]: This is your gap closer when you're away from the boss. This also has an I-Frame around the time where you're in motion for the skill. The window for it is pretty tight so I would not advise you to use this until you become extremely familiar with the class.

[Madness]: This skill is in your top 3 for your skill spread. You will have three usages of this skill every time you transform. You can use this skill in mid-air as well after you use [Intense Suffering]. It doesn't matter if you choose to use this in the air or on the ground as it's mainly for utility's sake depending on which one you use.

[Soul Breaker]: This has a small burst of damage. Not very strong but important for the flow of your rotation. This has an I-Frame during the action where you are in the middle of slamming down into the ground.

[Intense Suffering]: This is a good utility skill as it can be used to dodge mechanics such as stomps. If you use the skill and follow it up with a right click, you will be launched in the air. At this moment, you can either use [Madness] or [Soul Breaker].

[Phantom Call (CM2)]: This skill can be used as a gap closer as well but I don't use it most of the time. (The times I do use it are by accidental usage.) The gap closer is from when there is a mark on the boss from your skill [Bloody Sign], which then allows you to teleport to the boss. CM2 allows the skill to activate [Lethal Torture] as an Instant. This is also an I-Frame.

[Bloody Sign]: Debuff Skill – enemies that are hit with this will receive a 20% increase in received damage and have all attribute resistance reduced by 20%, both of which last for 30 seconds. This skill also inflicts the bleed effect.

[Pain Killer]: Blood Phantom's Ultimate – all attack power and action speed is increased by 30%. You will not lose HP when you cast [Blood Phantom Transformation] for the duration of the ultimate. This is also an I-Frame – the time of the I-Frame is from start to finish for the ultimate cast. When you are hit during [Pain Killer], it dramatically shortens the cast time. This skill also provides HP recovery that is 2% every 2 seconds and lasts up to 20 seconds.

[Combat Transmission]: This is preference. I would personally not level this since it requires you to cast tumble but completely up to you.

[Vaporize]: This skill is extremely important as it provides very useful utility to the class. When casted, aggro from enemies within 5m is removed and movement speed is increased by 25%. This lasts for 6 seconds. This is also an I-Frame as well as an animation canceller with the exception of [Soul Breaker], [Phantom Call], [Pain Killer]. To activate, press any of the skills aside from the exceptions listed and press spacebar right after.

[Shadow Step]: Another extremely useful utility skill that is also an I-Frame. This allows you to gain extra distance from your tumble. You can also use this in the air.

[Chain of Pain]: Nothing much to talk about from this skill aside from it just being passive damage.

[Blood Phantom Transformation]: Costs 5% of HP per cast. Enhances [Pass Away], [Phantom Drive], [Madness], [Soul Breaker], [Intense Suffering], [Lethal Torture]. The transformation lasts 180s and the transformation will run out if you use up all of the bubbles. It's extremely unlikely for any of these scenarios to happen as you should be resetting when skills are down.

[Shadow Overdrive]: Main DPS Skill – this skill should be number one on your skill spread. This skill requires proper aiming in order to have maximum DPS, although learning how to aim with this skill comes with time. You can activate this skill with by left-clicking, so there is no need to press [Shadow Overdrive].

[Blood Shield]: This will take effect when enemies are inflicted with the bleed effect and are hit with [Draw Blood]. This gives a protective shield of 15% HP which lasts for 10 seconds.

Get A. B is useless.

To prevent even more harm that is received from the enemies attack, go B. If you choose to go A, the action speed from [Vaporize], stacked with other possible action speed buffs such as [Harmonize], [Slime Shake], food from Tinkerer may disrupt your rotation. It also becomes a real pain to continuously use [Vaporize] to get the unnecessary extra action speed which could lead to potential DPS loss. Up to you.

I would go with B because in the event that the healer is down, this is a great life saver. A wouldn’t really bring much contribution to the DPS.

This is completely up to you.

(To be honest, you're better off just chilling and let other people do it unless they need everyone.)

Note: You can remove either [Soul Breaker DMG] or [Intense Suffering DMG] if you want to have slots available for both Gerrant's Healing Crest and Black Dragon Crest.

Another variation of the rotation is [Intense Suffering] (right click) → [Madness] x3 → [Soul Breaker] (This is mainly for dodging mechanics such as stomp.)

Blood Phantom's main style of gameplay is using your enhanced skills until [Shadow Overdrive] is up. The rule of thumb is to constantly attack the boss in order to maintain high DPS. There are two styles of playing Blood Phantom where one is for small bosses and one is for big bosses. The video on top is the rotation for small bosses while the video on the bottom is for big bosses.

The aggression is very similar to classes such as Gladiator and Dragoon, as all of them require extreme aggression to keep up with DPS. My approach to Blood Phantom's playstyle/rotation is that everything is a filler skill until [Shadow Overdrive] is up – a very weave in, weave out sort of class. This class has a lot of mobility that allows you to throw yourself out of harm's way while still being able to pump out DPS. Positioning is also another thing that will be important in terms of maximizing DPS.

It’s important to note how when [Shadow Overdrive] is off CD, I reposition to the side of golem and gain distance using [Shadow Step] and [Pass Away] to make sure I get all the hits from [Shadow Overdrive] off. It’s not required to use [Shadow Step] if you want to save your I-Frame, but you have enough mobility and I-Frames so this shouldn’t matter. This is also good practice for actual content where you'll be constantly repositioning.

This class does have bugs and you just have to learn how to work around them.

You’ve officially reached the end of the guide. As time passes, I may or may not update this guide by adding skill spreads for different content and not just Boulder Training Ground. Thanks for reading and good luck! 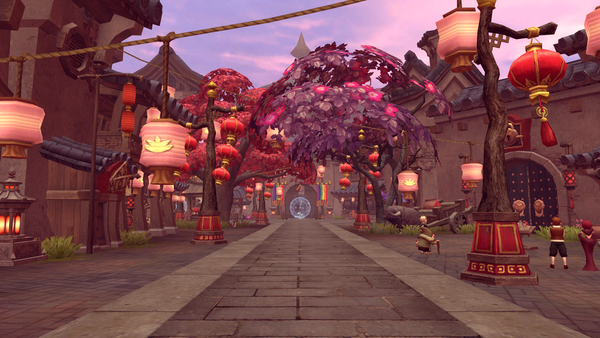 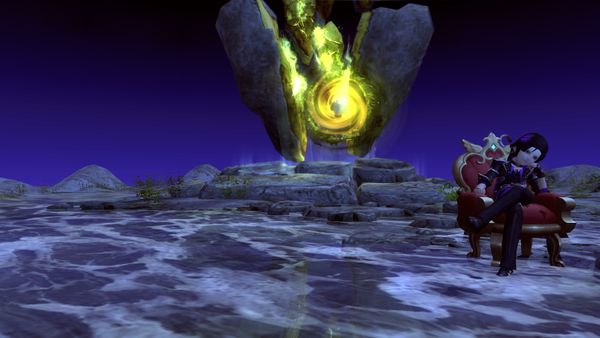