Too much damage on the class that ignores practically everything

A change that falls under Sharpshooter but is technically for Sniper

Sniper hold left click gameplay in Siege Stance was fucking lame. Windshot also constantly failed; especially if you have high ping. Scrapped it all for a completely new playstyle. I expect this SHOULD be weaker than the previous version of Sniper. We can hotfix buff it as we see fit. I'd rather release something underpowered and ridiculously overpowered.

[Awakened Sylph’s Aid] works the same as the old [Sylph’s Aid] before this patch. It was only created to separate the two instances for Sniper and Warden

Some of the skill descriptions were HORRIBLY WRONG and out of date. These are all 5% nerfs internally and then we’re fixing the description for next time

The summoned pet is invisible and has its nameplate hidden, but you'll still receive stats and auto-loot items. Sold in the Cash Shop for the usual pet price.

Fall is coming and Project Duck is in need of some of the newest and most A E S T H E T I C fashion trends! Post a screenshot of your character wearing your best outfit! There is no particular theme this time.

1. Post a screenshot of YOUR character include a message with the screenshot with your IGN

3. Do not post more than one screenshot. If you want to resubmit, please delete your old post and make a new one

4. Only submissions within the event period will be accepted

5. Screenshots should clearly show off your character's costume and face

6. You're welcome to do light photo-editing on your image to adjust things like saturation, lighting, contrast, etc

7. Only post screenshots in this chat. If you wish to discuss the screenshots, use general

8. If you have any questions regarding this event, please use question-and-answer

9. We reserve the right to disqualify anyone for any reason we deem appropriate

10. Screenshots must be taken in Skitzovania

11. DO NOT use any kind of mods that alter your appearance

Hotfix patch to adjust changes in 741 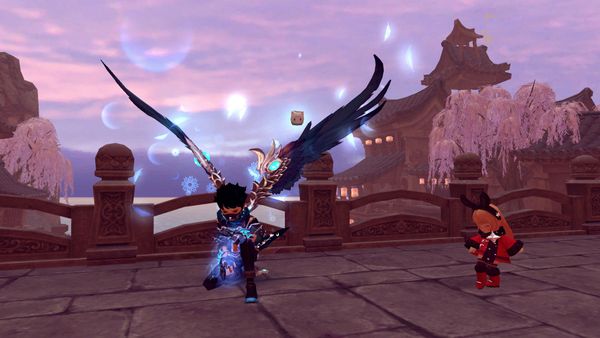