This time I'm going to be taking things as objectively as possible. However, this is may get rather unprofessional and not at times. Not everything that I write on here 100% reflects the direction of the game or how we're going to balance classes. So do not take things from this  blog and use it as absolute evidence for why we are doing certain buffs or nerfs. Not everything is my decision and most of this are just my  thoughts on the current balancing patch or situation surrounding it.

We just finished administrating a survey to the community in regards to how strong they feel a class is. This survey asked users to take everything a class has into account (if they have self heals, party heals, party buffs, defensive capabilities, blocks/parry for example). Based on that, users should rate a class from 0 to 10 based on their strength. Therefore, this survey is NOT purely a survey of how much DPS class has, but rather, how "strong" a class is based on their capabilities. Using this survey and some basic statistical work we can determine how the community thinks (assuming everyone read the instructions correctly)

The survey was distributed on December 30, 2019. There were 26 responses. Given that there was not a huge number of responses, the data may be a bit skewed. This means that the results are based on community opinion after Patch v553 and before Patch v554 (not yet released as of typing this blog). Here are the results in a PNG image format.

Funny that the number of responses is 26. There are typically 26 unique users online during peak times

Everything is color scaled (obviously) to help us see what is busted OP and what is garbage according to the community. The bottom 5 rows tell us the average score, average rank, variance, response rate, and total score.

The AVG Score (on the bottom side) tells us on average, according to the community, how strong a class is. Classes in the red with numbers closest to 10 are believed to be the strongest classes.

The AVG Score (on the right side) tells us in general, how balanced one person believes ALL of the classes are.

If some classes fall under the same rank, that means that they have the same score for that category.

You can kinda see this as an end of the year award ceremony haha....

According to the AVG Score and AVG Rank, we can see the community believes the strongest classes are:

The classes that are most controversial are:

The classes that have the lowest response rates are:

Given that most of the classes in the Strongest Classes category appear in the Most Controversial, this means that the community generally agrees that those are the strongest classes in the game. The interesting data point that stands out is Impactor. Impactor takes first place in the most controversial, yet is also considered the 5th strongest class in the game.  The reasoning also lies in the "low" response rate as Impactor also shows up as 5th on the Most Unknown category. Thus, results seem to be very skewed.

Black Mara appears in the Most Unknown category, but is also 8th in the Strongest Classes category. We can assume that the results for Black Mara are very skewed based on the low response rate.

The spread of these are fairly interesting. The general belief is that Lunar Knight is significantly better than the rest of the warrior classes. There are some outliers that drag down the numbers for Gladiator and Dark Avenger. Generally, for every warrior except for Lunar Knight, there are is a pretty significant amount of variance. Particularly among mercenaries.

On average, Snipers seem to be rated significantly higher than the rest of the archers. Given the long whiskers of each box, the variance is fairly drastic. Particularly Silver Hunter. Interestingly, Tempest has a tiny variance in comparison. Overall the lowest rated class among archers is Windwalker. Both the acrobats are rated fairly low. This could be due to people valuing Spirit Boost less?

One quick look at the graph will tell the entire story. Pyromancer far outperforms every other sorceress. Ice Witch has a fairly large spread. I would assume this is due to some members of the community valuing ice stack moreso than others. Both of the mystics are at low numbers. There seems to be a far lower margin and larger spread for Chaos Mage than War Mage. Black Mara has quite a few outliers which causes their box and whisker to be quite strange.

Clerics have a huge amount of variance. The size of the whiskers on all of these are massive (except for maybe Arch Heretic). People tend to score clerics more balanced than other classes as the third quartile of rating is (which is the higher end) is only a 6 with an average of approximately 5. Saint is clearly the outstanding one here with so many party buffs, relics, and fairly impactful damage.

All of the boxes for tinkerers are fairly the same. On average, they rate higher than most other classes. The spread among these are small for Shooting Star and Physician. However, in the data, both of those classes also appear among the lowest response rates. Gear Master and Ray Mechanic both have "balanced" averages and highs and very low lows. Awkward.

Kalis on average, have much smaller spreads than other classes. Dark Summoner's recent buffs have pulled her ahead of other Kalis, but not by a significant margin. This is probably due to the fact that the patch was fairly recent and not many people have partied with a Dark Summoner. Soul Eater falls lower than average alongside Oracle Elder. However, the general sentiment is that Oracle Elder is almost perfectly balanced with a clean spread. Both of the dancers have practically the same spread and ratings. Blade Dancer however, has a slightly higher average.

It seems like the community has a fairly standardized view of assassins. The spread among all of them is pretty clean except for maybe Raven. Reaper and Raven both rank lower than the other branches of assassins (on average). This could be an indication that Crow (party buff) is weaker and undervalued. Light Bringer actually has a spread that is overall higher than all the other assassins. Abyss Walker seems to be in a decent state given the ratings. Bleed Phantom has quite a large amount of variance but is generally rated higher.

Dragoons and Valkyries have a huge box. The variation on these two is fairly significant. Avalanche has a huge variation as well with a much lower rating floor. Landgrid overall seems to be rated lower than other lenceas. Vena Plaga is significantly higher than other lenceas. One thing to note is that this survey was conducted AFTER the first round of nerfs for the class.

There's a pretty low population of Machina players in the server. Results for this section are very skewed given that 3 of the 4 classes appear in the lowest response rates category. Defensio and Ruina have very low lows and above-average highs. The average is in a good spot, however, there are a fair amount of people who believe that Defensio and Ruina are both performing very poorly. Impactor has a huge amount of variance with an outlier in 0, but a high rating of a 10. Luster is overall rated higher the Defensio and Ruina probably due to their powerful party buffs.

We still have a long way to go and have a lot of major changes planned. We will be conducting another one of these surveys sometime in the future probably a couple of months down the line. Thank you for participating in this survey.

We will be working to improve the state of class balance to make sure everyone feels useful and no one feels alienated for the class that they play. Please remain patient as we build upon what we currently have.

We still have major changes coming to party buffs so stay tuned for that. If you want more information on that, you can check my other developer blog or ask about it in the Discord server. 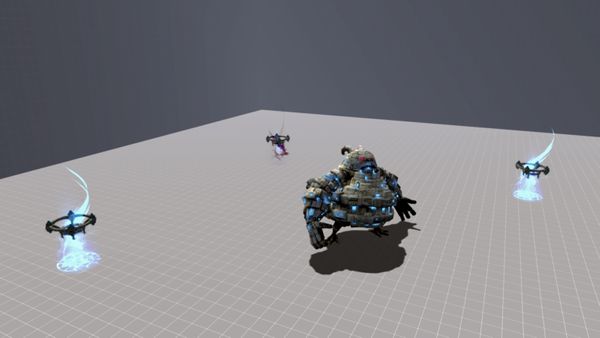 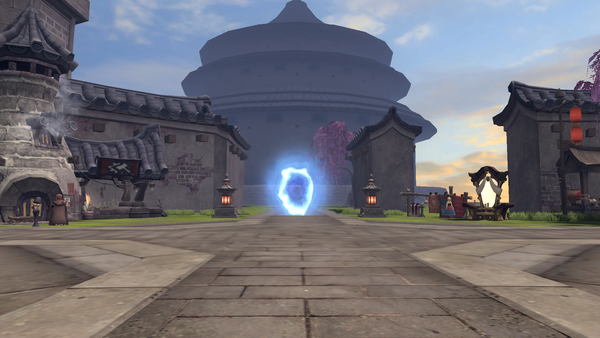