The change that you all have been dreading... TKN is going back to the way it's supposed to be. It was never supposed to be this easy. Think of it as an extended event double drops that just ended.

Removing a lot of the garbage. This should make ATN easier to deal with inventory space-wise. I would elaborate on how the drop rate works, but it's far too complicated to be worth it. Just know that the number of skill dragon gems that dropped would be cut by a third.

TL;DR learn the new skill to make Spirit Boost a party buff at the cost of reducing your own DPS

TL;DR learn the new skill to make Fast Forward a party buff at the cost of reducing your own DPS

TL;DR learn the new skill to make Dance of Ecstasy a party buff at the cost of reducing your own DPS

TL;DR slight buffs to bring closer in line with other DPS classes‌‌"Still want to rework this, but I can't find an angle reeee" - Kozima

TL;DR Rebalancing and potential slight nerf. No class should have over 50% main stat scaling

TL;DR Reverting a nerf in a previous patch

TL;DR Making sure Warden doesn’t fall behind Sniper. Cannonade is also barely ever an option compared to Fatal Guided Missiles.

TL;DR buffing Windwalker to become closer to a true DPS as Spirit Expansion is now an option.

TL;DR Making sure Tempest gets closer to qualifying as a true DPS when they learn “Spirit Expansion” (see above)

TL;DR Silver Hunter getting some buffs overall to some main skills

TL;DR Pyromancer has been dominating for extremely long despite many nerfs. Here’s another one

Buffing up Mystics to be closer to pure DPS levels as Fast Forward will become a self buff (unless you take the augment which will lower your damage to “support DPS” levels. See above)

Buffing up Mystics to be closer to pure DPS levels as Fast Forward will become a self buff (unless you take the augment which will lower your damage to “support DPS” levels. See above)

TL;DR Black Mara used to be in a good spot before our benchmark moved up, this should help improve their situation a little

Heretic used to be in a good spot. Our benchmark has moved up. Therefore, this edgy boy is going up in damage too

TL;DR Soul Eater’s debuff has a lot of issues with application. We’re increasing the overall strength of her supportive abilities and boosting her overall damage

TL;DR Buffing Dancers as Dance of Ecstasy is going to become a self buff (unless you take the augment which will lower your damage to “support DPS” levels. See above).

TL;DR Buffing Dancers as Dance of Ecstasy is going to become a self buff (unless you take the augment which will lower your damage to “support DPS” levels. See above)

TL;DR The discrepancy between Raven and Reaper is notable. Let's close the gap a little

While the PvP adjustments may be slow, they are still coming! Bugs are getting a little harder to fix and take more time but the Transforming Classes revamps are still underway. Last time DA got adjusted to not be super saiyan 3 in trans. Now, it's Silver Hunter's turn. Next will either be Black Mara or Arch Heretic or both.

So, Silver Hunter's have been known for always running away and flying in the air where you can't hit them while they shoot arrows that delete your HP in PvP. Well, that's mostly changed. The overall goal with the revamps here were to basically make the class a bit more Acrobat-like than Sniper. Meaning, it can now fight up close and can't run away as easily or benefit much from running away. It's still able to be in the air and have long range skills. The class can now melee combo a bit easier. The bird was also nerfed! The changes should hopefully be overall positive for the design of the class. If anything ends up being too weak or op, we can still adjust it of course.

Note: This allows for a burst of time in the air for about 6 seconds. Skills will be usable twice total in trans if they are used off cd with a gap of time. This is to help keep SH out of the air for the entire trans but still allow them to go in the air for a few seconds.

More UI string fixes again this patch! I know I missed a couple of them but please continue to report them as you come across them. It would be pretty annoying and long to write down the changelist this time, sorry. But please re-report the issues if you find anymore.  - Joorji 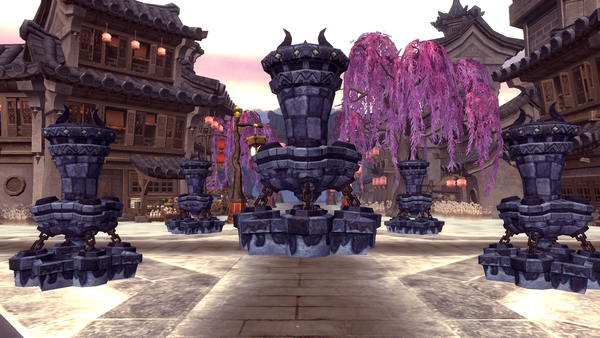 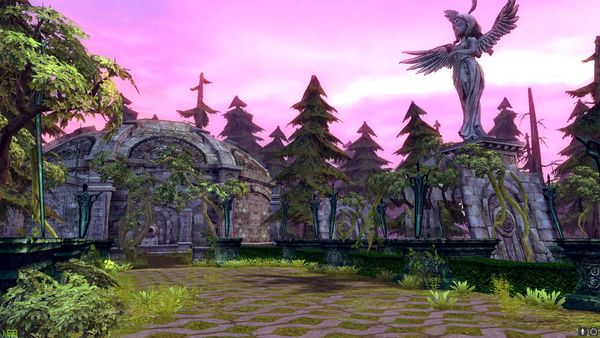