Hi my name is Kevin, and my IGN is SilverAshe/kayshoe (kayshoe#7639). I recently came back to PDN and found that Warden, which was one of the classes I mained back in NA DN, was quite strong. I learned from Flo how to play the class, credits to her for showing me the ropes!

Warden is the magical (intellect) specialization of the long range sharpshooter subclass. It has many mid to long range abilities and can deal very solid damage in a variety of scenarios; however, it excels the most in combat against large hit box targets that do not move around a lot (e.g. most dragons and BDN golem). The gameplay revolves heavily around the [Fatal Guide] bubble stacking system which is why CDR is such an important stat and we run it on almost every skill crest that we can. Every 19 bubble stacks will reduce the cooldown of [Hawk Ballista] (our ultimate) by 5 seconds. Upon reaching 20 bubble stacks, two abilities will also be awakened into the fatal version and will have a glow around them on the skill bar, these are [Fatal Guided Missiles] and [Fatal Cannonade] and are two of the highest damaging abilities on Warden.
[Guided Missiles] will frequently be referenced as GM.

(If you're interested in learning other classes, check out our Class Guide Archive) - Vino

Once you reach 20 bubbles it is important to prioritize using the fatal abilities (either GM or Cannonade) because they have an internal cooldown of 5 seconds that is not shared with the regular versions.

[Magic Arrow]: A quick purple arrow that deals a decent amount of damage, but is primarily used to stack bubbles and activate [CM3]. Prioritize using this ability in tandem with [GM] as it significantly reduces the cast time and also enhances the damage of [Fatal GM] by an additional 20%

[Frag Arrow]: A long range arrow that explodes and leaves an [Extension Core] at the point of explosion. Pressing left click immediately after casting this ability will instantly trigger the arrow explosions in a cone in front of you and is best used close range as it will hit all the ticks (especially on large hit box enemies) and will help you to build your bubble stacks quicker than waiting for the arrow to travel and explode

[Swift Shot]: Never cast this skill regularly as it has a long cast animation, instead the EX version allows you to hold the W key (move backwards) and cast it to detonate the swift shot around the [Extension Core] left behind from your [Frag Arrow]. This skill does medium damage and is mostly filler to gain bubble stacks

[Rapid Shot]: Fires a sequence of magical arrows that explode in the direction your character is facing, the arrows travel a good distance and also debuff the enemies crit resist by 20% for 20 seconds. This skill is great for building bubbles and in general you want to aim it slightly upwards at the boss to achieve the max ticks and have the best chance to get bubbles (more ticks = more chances to crit = more bubbles!)

[GM]: The signature ability of the Warden, it requires you to have the enemy be in range in order to cast it but it will send a sequence of missiles that are tracked to the target. Most of the time it will either cap out your bubbles or at least provide 17 stacks so it is a great ability to use if you want to immediately cast a fatal skill. [Fatal GM] should generally be the top damage in a Warden’s spread as [Fatal Cannonade] is slightly trickier to use especially if the target is moving, while [Fatal GM] will always land the full damage even if the target is moving

[Hawk Ballista]: The ultimate magical arrow cannon, it does a good amount of damage but has a slightly long casting animation. The AoE on this ability is decently big so as long as you aim it in the general vicinity of the target it will land all the hits. The casting animation can be canceled early with tumble as long as the hawk arrow has left your bow; however, if you tumble too early (before the hawk comes out) then you will not do any damage with it so it requires a little bit of practice with the timing. This ability should be used off cooldown because of the [Fatal Guide] reducing its cooldown by 5 seconds, but generally should be used when [Sylph’s Aid] is up for the extra damage and increased action speed helping to speed up the cast animation

[Sylph’s Aid]: An extremely powerful buff with ~50-60% uptime (if you don’t get debuffed) with a buff duration crest. This buff gives +50% to your base magic & physical attack in addition to providing 50% movement & action speed. Needless to say, when you press this buff your damage skyrockets

[Stunning Shot]: Not used for damage but [CM2] makes it so that when you use this it gives you 10 [Fatal Guide] bubbles. This is mostly used to quickly gain bubbles for your Fatal abilities. You do not even need to land it as it does negligible damage, as long as you shoot it anywhere you will see your bubble stacks start to go up!

[Aerial Chain Shot]: This skill is mostly used to avoid stomps as it is not a magical arrow ability and does not do too much damage. You can activate this to extend your airtime significantly by jumping and pressing left click (can also have it on your skillbar, but I find that there is no space)

[Tumbling Shot]: Another skill which can be used to avoid stomps. It is an extended iframe while you are in the air and can be activated by tumbling in a direction and pressing right click

[Detonating Arrow]: A skill which fires three purple cores (cast it and press left click for the subsequent cores) which explode in a medium area and deal a good amount of damage. The explosion occurs after 3 seconds, so you can use this to set up before an enemy spawns

[Cannonade]: The regular version does not do very much damage because it is just 3 ticks; however, the Fatal version slaps and it can rain down 9 barrages.

[Cyclone Harpoon]: Useful for grouping up mobs in dungeons. It can also be used in air to extend air time. The damage is negligible, but it can still be used as filler when it becomes enhanced which is after detonating [Swift Shot] from an [Extension Core]. If not enhanced, I would not bother using it because it does very little damage (see skill description below lol)

For some reason, tumbling shot is not on DN Minerva, but I like to put some points into it just to lower the CD. It is a useful long iframe, and I have 6 points in it. You can also keep aerial chain shot at level 1 if you want to keep extra SP.

There’s not really a fixed rotation because warden has low cooldowns in general but there is some skill prioritization which I will cover below. Generally you want to always lead with Rapid Shot, not just to build fatal stacks but also to debuff the crit resist of the enemy. Always use it off cooldown to keep the debuff up. Then you basically want to prioritize Hawk Ballista to put it on CD, then your Fatals to reduce the ult CD, and depending on the boss it will either be CM3 (Magic Arrow + Fatal GM combo) or Fatal Cannonade mostly depending on whether the boss has large hit boxes and doesn’t move a lot (Cannonade) or if it has smaller hit boxes or is very mobile (GM). Rest of the game play revolves around building bubbles so here are a few combos that are really useful to max out your bubbles. CM3, Magic Arrow into regular GM, Frag Arrow + left click into Swift Shot (holding w), Rapid Shot. Awakened Cyclone Harpoon is a filler skill. 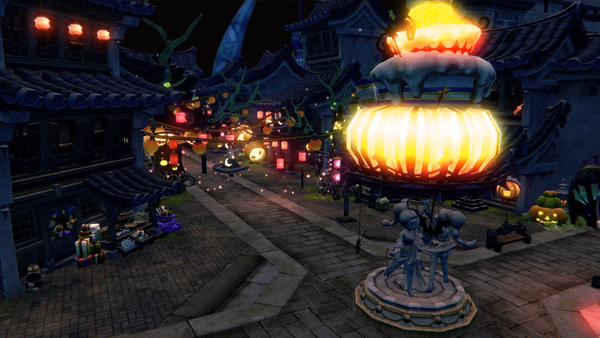 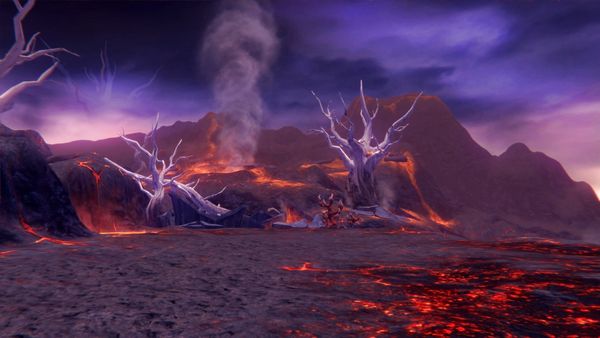 Some bugfixes from last patch, Randgrid rework adjustments, more client features, and a lot of preparation work for this year's Spooktacular!