Inquisitor is a class that is all about priority. You have a couple filler skills and a bunch of huge burst skills. You'll need to figure out which skills deal the most damage and use those in the right order to optimize your DPS.

I will only be mentioning skills that have at least a little bit of relevance. I will also be excluding non-ex (or CM3) versions of the skills and self-explanatory skills since you should be learning all the EXs and awakening versions anyway.

[Righteous Bolt (CM3)]: The damage shown on the description is low but it does a lot more damage than it seems. Lightning bolts expand outwards in every direction around you – make sure you cast this right on top of the boss to deal max damage. On big targets you can get upwards of 30 hits. In a single cast, this skill does approximately 20% more damage than Lightning Bolt if you land about 25 hits or more.

[Lightning Bolt]: Deals 10 hits in front of you. Electrocutes at a 10% rate per hit. Bread and butter skill that deals solid damage on a low cooldown. Make sure you use this as often as possible as it grants a stack of [Judgement Spear] when it hits enemies.

[Exceed Lightning (Chain Lightning)]: Deals 26 hits in front of you in a large cone range. This skill has 100% electrocution chance. This attack is split into two parts. The first part is static 10 hits in front of you. The second half is the 16 projectiles that are summoned during the cast. These home into the nearest enemy and have a pretty significant range. Deals about 50% more damage than [Lightning Bolt] if you compare them on a single cast of both. Transforms into [Lightning Fury] at 50 Retribution. This skill should appear low in your spread at about 7th.

The easiest method is the following: Detonate --> Exceed Lightning --> Consecutive Detonate since Exceed Lightning has a 100% electrocution chance. This skill should appear high in your damage spread, somewhere around the 5th spot. [Consecutive Detonate] also has its own spot lower in the damage spread since it only procs 50% of the time. (This technically puts [Detonate] higher in the spread than it actually seems.)

[Grand Sigil]: Optional to learn but grants a solid defense buff to you and your party. I would suggest not learning it since that's the healer's job anyway and you'll lose out on a lot of potential DPS by putting [Heavenly Judgement] on cooldown.

[Mind Snapper]: Throws an orb of lightning in front of you dealing a maximum of 12 hits. This is your debuff tool and grants 10% light attack for 20 seconds after casting it. Deals low damage, but still worth casting as a filler of course.

[Grand Cross]: One of your highest damage skills (under Consecration), deals a maximum of 6 hits. Fires off a fast projectile that slows down upon hitting an enemy. This has a pretty huge range. The unconsecrated version deals pretty negligible damage but is still worth casting if you have nothing else to cast. When standing on top of [Consecration], [Grand Cross] is enhanced to deal 350% more damage. This makes it deal a shitload more than normal. This skill should appear pretty high in your damage spread at about 4th.

[Holy Burst]: Will mention the Consecrated version down in the Inquisitor section. In a large AoE around you, deal 5 total hits. Unconsecrated version deals neglible damage but is still a viable filler (but deals less damage than Grand Cross). When standing on top of [Consecration], [Holy Burst] is enhanced to deal 350% more damage. This makes it deal a lot more damage than normal (but deals less damage than Consecrated Grand Cross). This skill should appear low in your damage spread at about 9th or 10th.

[Vengeance Blast]: Explode energy around you dealing 1 hit with a 100% chance to electrocute the enemy. Has an iframe at the start of the cast. [Vengeance Blast] is triggered by pressing spacebar during specific skills/attacks: Normal attacks (after the first one), [Judgement Spear], [Lightning Storm]. Deals rather low damage; it mostly works as a safety tool rather than a DPS skill.

[Blessing of Light]: Just keep it up 24/7. Don't forget to use this when you get buff wiped or else you lose 35% light attack.

[Blessing of Strikes]: Just keep it up 24/7. Don't forget to use this when you get buff wiped or else you lose 21% attack.

[Protection Shell]: Use this when you're scared of dangerous mechanics. Grants 27% damage reduction for 20 seconds.

[Inquisition]: 30% chance on EVERY hit to deal damage equal to 80% of your total magic damage. This effect only works on electrocuted enemies.

[Consecration]: Your main skill. Upon cast, creates a giant no-no circle in front of you that ticks for 20 hits and then explodes at the end of the duration for 3 hits over. 50% of the damage of the skill is spread across the 20 ticks, the other 50% is in the explosion at the end. Consecration lasts for 10 seconds. This circle enhances your damage output tremendously.

Since the circle is placed directly in front of you (with slight overlap), it is important to position [Consecration] where you think the boss is going to be (or where the boss is moving towards). Standing on [Consecration] enhances [Grand Cross] and [Holy Burst], increases your action and movement speed by 30%, and increases your light attack by 15% for 1 second (it refreshes the buff if you're standing on [Consecration]). Even after you finish casting Consecrated [Grand Cross] and [Holy Burst], you should stay on the no-no circle for the other bonuses. This skill should appear low on your damage spread at about 9th.

[Judgement Spear]: Move slightly forward and throw a spear dealing 1 hit. Can store up to 3 charges. Has a fairly long range. Casting consecutively reduces cast time significantly. You can hold right click to continue throwing spears. Electrocutes at a 20% chance per hit. Deals high damage and is your main Retribution building skill. Each hit of the [Judgement Spear] projectile will grant 1 stack of Retribution. These spears will stick into the boss and can be detonated using [Detonate] or [Consecutive Detonate]. When the spear is detonated it deals the full damage of the spear again over 2 hits PER SPEAR. These two hits also count towards Retribution generation. This means that each spear (assuming you hit the enemy and use [Detonate]) grants 3 Retribution stacks. This skill should be used often and contributes to a huge amount of DPS loss if you do not expend your [Judgement Spear] stacks regularly. Ideally you should hold at least 2 spears before throwing them since the casting animation is sped up if you throw them consecutively. Since [Lightning Bolt] grants 1 charge of [Judgement Spear], you should only use [Lightning Bolt] if you have 1 or 2 charge(s) of [Judgement Spear]. You can throw up to 4 spears consecutively if you hold up to the max of 3, throw them all, then use [Lightning Bolt] to gain another charge. This skill should appear mid-high on your damage spread at about 5th or 6th place.

[Lightning Storm]: Conjure a lightning storm around you to deal 16 hits over time. [Lightning Storm] lasts for approximately 4 seconds and deals huge amounts of damage. This skill has a 30% chance to electrocute the enemy per hit. Use it off cooldown, but wisely. You don't want to use this skill as a boss is running away since it deals damage over time and the hit coefficients are distributed evenly. This skill should appear high on your damage spread at about 2nd or 3rd.

[Passive: Thunderous Vengeance]: With the custom Inquisitor rework, this became one of the main systems the class plays around. You gain 1 Retribution every 2 seconds capping out at 50. At 50 stacks, [Exceed Lightning] is enhanced to become [Lightning Fury].

[Lightning Fury]: After a short charge up time, fire off a powerful ball of lightning that explodes on contact with an enemy dealing damage in an AoE around the enemy. The projectile will also explode if it comes in contact with terrain. This skill has an extremely far range and can snipe bosses if you need it to. This skill should be used on [Consecration] to get the bonus 15% light attack. This skill is your biggest burst and should appear high on your damage spread at 2nd or 3rd.

Pretty simple skill build, but honestly there's room to change things around for personal preference. You can take points away from the max MP passive or Mind Snapper to put into other things as you please. As long as you max the main skills, there isn't really an issue.

Your rotation revolves around [Lightning Bolt], [Consecration], [Grand Cross], [Holy Burst], [Lightning Storm], [Judgement Spear], and [Detonate]. While the other skills are important, those are the core skills that put everything together. To play the class at highest efficiency, you should be sitting directly on top of the boss to land [Righteous Bolt] and [Lightning Storm]. When you need to cast [Grand Cross], you may need to tumble to the side or back to gain distance to ensure all the hits land. If you want to maximize damage at the cost of losing an iframe, you can use [Vengeance Blast] to deal a little extra damage.

Landing [Judgement Spears] as often as possible is also key to high DPS. This means properly managing your charge cooldowns. You shouldn't hold 3 charges to for too long or else you'd lose out on a lot of potential DPS. You'll need to expend these charges in order to get [Lightning Fury] as often as possible.

You can use [Heavenly Judgement] at some pretty good moments in IDNHC. These are important because you can either 1) get tons of Retribution due to there being multiple targets or 2) ignore mechs that other people normally have to dodge:

Inquisitor has a lot of utility as a Cleric/Priest. You gain access to Block, Toughness, Heal (terrible, but it exists), Cure Relic,  First Aid, and Grand Sigil. 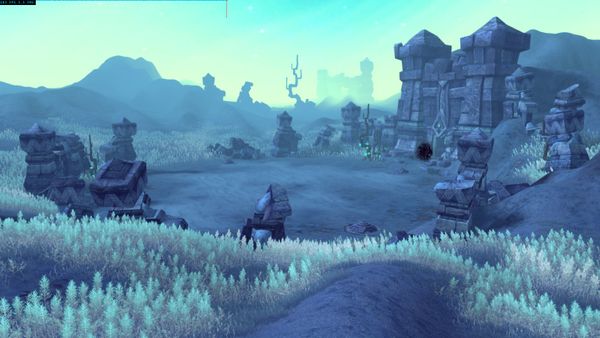 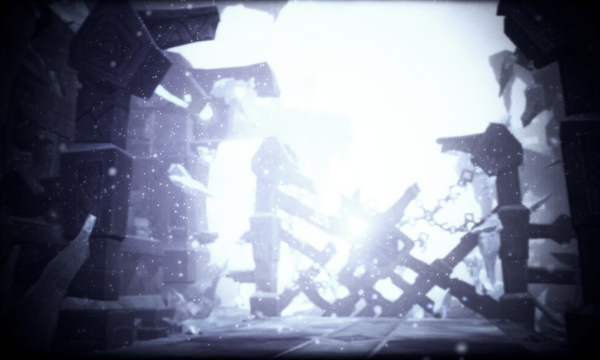