tl;dr the entire dev team is completely burned out and will be taking a break

As many of you have noticed, the frequency and depth of our patches has recently gone down significantly. We want to be transparent with you and let you know the state of things as they are and what's happening as a result. Since this is essentially a bunch of individual situations, this post is broken down by developer.

Please also keep in mind that all of our developers are Americans. This does mean we're dealing with the horrendous COVID situation, which in many cases has amplified any negative factors that end up taking a toll on our mental state.

tl;dr I'm exhausted and need a break, and not at the expense of my (actual) job.

Between my day job and Project Duck I essentially work a 70 hour work week, both of which also involve 24/7 "on-call" status. It's gotten to the point where every DM, @ mention, or even feature requests from other developers elicits a feeling of dread, with thoughts of "what do I have to go do/fix/investigate/figure out now" rather than my usual "HELL YEA LETS MAKE SOMETHING." Making stuff is generally really fun and super rewarding, but you have to take everything in moderation – I've stopped having fun making stuff and that's an extremely dangerous state to be in. Things become lower quality, you start disliking what you work on, etc... I really don't want to push out half-finished crap because that's not fair for you or me (as players) and I don't want to compromise my standards.

I know many are looking forward to IDN Vahrcore and other content, which is why I want to do it right and deliver a quality custom raid. However, I'm one person working on what Eyedentity has an entire team of professionals for, and so it has been a bit demotivating seeing how much work is left to do to ship IDN VC (even though by all metrics the work that's already been done (tools, research, design, implementation) for it is absurd). I'll be frank and say I don't expect to have it done until at minimum a month after this break.

Lately – as with some of the other developer blurbs that you'll read – I've been spending time just being a gamer again and playing other games for fun, as well as working on unrelated or tangentially related programming projects that I'm interested in rather than what I have to do. Filling up the gas tank, so to speak.

Finally, I do know that entering an update dry spell is going to (or rather, already has) negatively impact our day-to-day player count and that some players may (or have) take a break or quit, but thank you for supporting us on our journey to make a better DN experience. We'll always be here and we encourage you to come and go as you please - our gearing systems are set up for that after all ;)

Hope to see y'all soon when we start pushing out content again, and remember to take care of yourselves as well.

I have a hard time taking a break and life is getting quite busy. I'm starting back up with placement exams, starting school for computer science, navy reserve AT, and a million other things to juggle on top of the server. Before, whenever I said I would take a break I usually still worked on the side (and that pretty much rings true for the rest of the staff). We've been going HARD for the last year making unbelievable strides and succeeding where many were hoping we would fail.

I'm thankful for each and every member of staff who have taken their time to volunteer, manage, and maintain the server. This server would not be alive without the great staff that we have and the family based community the we hold. With that being said – we'll probably be taking a longer break this time, but when we're back expect great things. If there's one thing Duck does better than any server on the planet, it is delivering on our promises. Thanks for letting us keep it real.

Altair's TLDR: For the sake of self and the quality of content we need a break.

I'm still taking classes and although the workload is low right now, I'm still feeling burnt out at the thought of working on Project Duck right now.

It's important to discuss this publicly as we (developers) are so involved in the community – not only as developers but also as players. Recently, I found myself working on Project Duck as if it was a tiring job, rather than a fun hobby. When I started playing other games again, I realized that I had forgotten what it was like to have fun as a player and simply consume a game, rather than think about how to improve a product.

I know there was a lot of content expected to come soon, but with this feeling of burnout and exhaustion from developing I'd rather take the time to have a break and come back with a polished product, rather than a rushed jumbled mess. I don't expect this to be a very long break for me, but I also don't want to put a timeline on when I'll be back. I'll still be in the Discord chatting with the community.

With all that being said, I hope you all continue to support Project Duck. We'll be entering a dry spell for a while and that will (and already has) caused a drop in the player base. I know this will might cause a lot of people to take a break or quit Project Duck as well. However, I hope to see you all return in the near-ish future.

The only thing I'm burnt out from is those lousy PvP balancers!!!!! :zekeclown: Jk, I hope they come back 😢...

For real though, I'm slowly working on GM/SS reworks in the meantime as I'm fortunate enough to be working from home. When I began working from home, I devoted as much time towards PvP balancing and bug fixing as I could, since work was a little slow for a while. Now that the pace has slowed a bit, I've decided to focus on these two reworks and take a break from PvP focused deving.

These reworks come with significant changes to both PvE and PvP. PvP will be better off without a lot of the stuff that PvE will have and I have been trying to implement ways that can make both sides happy. It seems like every skill has changed in at least one way and this includes summons – summons make these reworks much more difficult as they have their own skills and properties. I hope to have both of these reworks completed before I no longer can work from home. This might be soon or perhaps later as I live in Florida and Disney World has just reopened, supposedly spiking our corona cases like crazy :^)... but since soon is a possibility, I will be increasing my efforts on implementing these reworks ASAP.

After these reworks, my plan is to do some very quick and small PvP adjustments, and then start hosting some group PvP related events that I hope will be more focused on having fun rather than winning. (Possibly some PvE events, but it'd have to be some silly stuff for me to enjoy.) 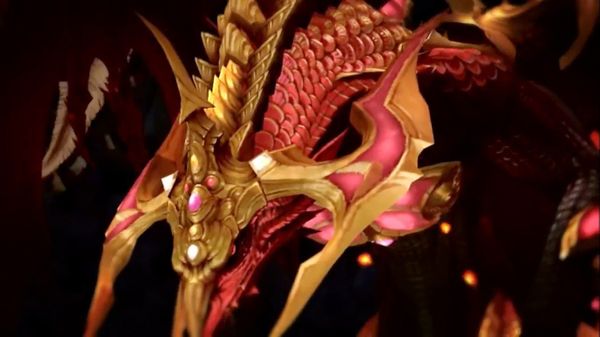