Hello, my name is Zach (ZenZach#0007). I've been playing Dragon Nest since 2016 and Duck since 2019. I play a variety of different classes and you can see my other guides for Lunar Knight, Sniper, and Pyromancer in the Class Guide Archive.

Ice Witch is a specialization of the Sorceress class focusing on burst skills and supportive dps with Ice. With its recent rework, Ice Witch is a combination of multi-hit skills and ice stacking while relying on [Chilling Mist] and [Ice Cyclone] for burst.

[Glacial Spike (CM3)]: CM3 allows for faster and consecutive use of [Icy Shards].

[Wheeling Staff]: Level this to 6 and use it to push, nothing else.

[Shock Wave]: Another pushing skill and nothing else.

[Ice Cold Field]: Small burst skill with good range, mostly used when other high priority skills are on cooldown. When used after [Glacial Freeze] it becomes [Ice Cold Field Instant]. This combo should be used as often as possible due to its short cast time, decent damage, and low cooldown.

[Frozen Spikes]: This is a short ranged damage over time skill that can miss hits on smaller enemies so good positioning will ensure maximum damage and bubble generation. Try to use it before any longer cast time skills such as [Ice Cyclone] or [Glacial Devastation] to increase DPS.

[Shatter]: Buffing skill that requires the enemy to be in the Frozen or Ice Stacked from [Frost Chaos]. Upon casting it will remove the debuff and grant a 10% magic damage buff for 20 seconds. Make sure to cast [Shatter] during the duration of [Frost Chaos] as this will refresh Frozen and grant the buff. Start off all combos with this to maximize DPS.

[Chilling Mist]: The new bread and butter skill of Ice Witch. The base version is a medium ranged AOE that does decent damage and has left click EX addition. It's great to use before [Glacial Devastation] as the cooldown will be reset upon its cast.

[Phoenix Strike]: This is your elemental debuff, that’s it.

[Elemental Shield]: Grants a 20% damage taken reduction and increase of 50% to your Super Armor. Use this before casting [Ice Cyclone] to help avoid being interrupted.

[Frozen Fury]: An iframe that can be canceled in any direction by dodging. Do not unless a long iframe is needed as the base version of this skill as it is awful and a waste of DPS. Each cast of [Icy Shards] will reduce the cooldown of [Frozen Fury] by 3 seconds.

[Frost Chaos]: This is the support skill that applies the Freeze or Ice Stack debuff onto enemies for 8 seconds, increasing the damage it takes by 10% (this is UNIQUE from other debuffs). It shoots out a slow moving orb that fires ice shards in all directions and the debuff will be constantly refreshed while the orb is out and hitting an enemy. The shooting direction can be changed mid cast animation.

[Glacial Devastation]: During its cast animation you are iframed. After casting, [Glacial Chilling Mist], [Glacial Frozen Fury], and [Frost Chaos] are enhanced. Timing is key to making sure you don’t lose out on the Glacial skills, so watch mechanics and the HP of enemies to ensure optimal DPS.

[Enhanced Frost Chaos]: Increases the total number of casts available from 1 to 3. PSA: DO NOT cast multiple at the same time as this does nothing but waste the cooldown. Cast a [Frost Chaos] every ~10 seconds to have 100% ice stack uptime.

[Ice Cyclone]: A long ranged, large AOE  tornado with high damage that should be utilized in the initial burst of damage following [Glacial Chilling Mist] and [Glacial Frozen Fury]. Due to the long cast time, watch out for mechanics and attacks that can interrupt its animation.

Ice Witch doesn’t have any “filler” skills because Joorji is too good at class reworks, so skills flow well together in terms of cooldowns while in content.

Useful abilities for moving mechanic objects while in content.

[Shock Wave]: Pushes away from you in all directions.

1. [Ice Barrier] and [Shatter] buffs should always be up as these have the largest impact on your DPS.

Ice Witch is a mid-range class that revolves around ice stacking the enemy and bursting during [Glacial Devastation] and [Chilling Mist] while maintaining your overall DPS with your other skills. With the rework came the removal of [Ice Cyclone] spam and shift to a more burst style gameplay.

Before doing any content, use ice skills to build 50 bubbles on Pebbles.

After Ice Cyclone, use skills based on priority and loop the burst rotation when Glacial Devastation is off cooldown. 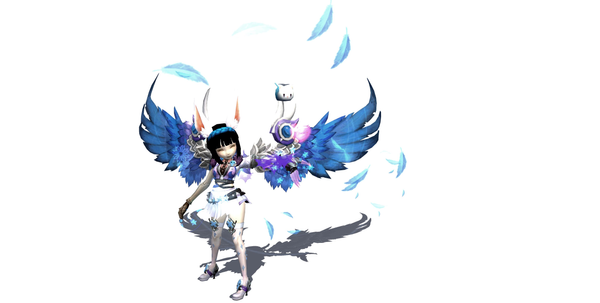 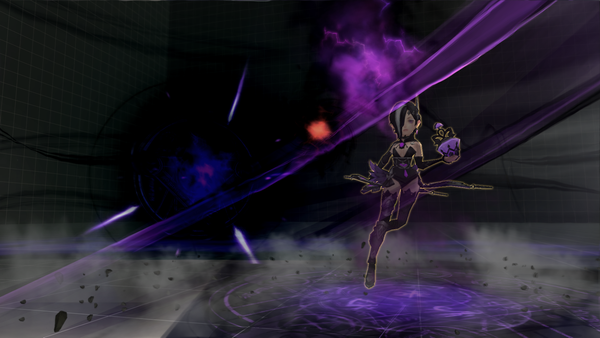