Our goals with this update is to improve new player progression and retention, provide incentives to do nests for veteran players, improve and allow proper solo-play (or small party play). Right now, we know that the PvE system is completely littered with garbage progression paths. This is why we designed this new system to improve the overall quality of the game. Keep in mind that this was a huge undertaking which involves the balancing of many new nests and gear. That being said, we ask for your patience and understanding as we may make more adjustments to HP, damage, and or stats of the new gear.
Contributers to revamp: Alistair, Joorji

Here we have a neat-o flowchart that shows the progression path that we have designed.

D/N: We’re removing these gear sets as they do not provide a satisfying and linear path of progression. This DOES NOT mean that we are removing them from the game entirely. We are however, removing every way to obtain these items. We are replacing the following gear sets with new ones shown below:

D/N: Apologies if you liked these nests, they will return in the future with a rebalance in accordance with future gear sets. This means that they might not return as a beginner nest, but rather an end game nest

D/N: All items that are not within the tables have no changes. Also there's gonna be a lot of modernization in stats of bosses. We're going to be doing more modernization patches in the future for removing things such as undodgeable buff-wipes.

Temporarily disabled to fix a bug

The starter nest for new players. The nest is equalized so it won't require any gear to run it.

Coming in to replace Guardian Nest!

Coming in to replace Guardian Nest!

Advance to the next level with Rune Amplifiers and materials to craft your gear tuners!

Grind for the big bucks...

Acquire Ardent Dawn gear without a raid team! Although the cost is a lot of grind...

D/N: Brand new point shop! Introduces a new shop for veteran players to purchase exactly what they want instead of doing RNG drops. This will also allow people to do a nest (or trial) to get materials from other nests if they want. However, players should still run the nest/raid/trial where the item is primarily dropped if they want specific items. The goal of this is to make a system to supplement current drops from content NOT MAKE CONTENT IRRELEVANT. This shop is supposed to provide you options, not be the end-all-be-all for all nests/raids/trials.

Project Flow is a series of class gameplay improvements/smoothing to PvE. See background info and all changes here
Contributers to Project Flow this patch: Joorji, CoolCat

Small update for all those Gear Master players. We had some trouble editing some of the Gear Master damage increases. This is more of a stepping stone. We are aware that Gear Master probably needs more love than this for it to be 100% viable.

You can now set a custom default/max camera zoom extent. Edit Athena/gameconfig.json to set a custom maximum zoom. The default max zoom is 600. Most players like their camera at 700-800.

Please note that this zoom distance will be your default distance.

Title says it all... content in this portal has been moved to the Garden of Solace 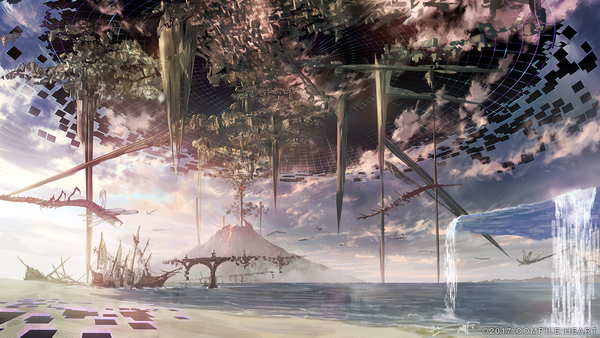 PvP class balancing and some bugfixes!