Hello! I played Dragon Nest NA from 70 cap to 95 cap as Kuchiki/KuchikiiSan/KuchikiiChan and mained Dragoon and Avalanche since release. Avalanche is a safe, fast-paced, semi-DPS and debuffer class. Hope you enjoy your time with her! If you have any questions, feel free to reach out to me at Kuchiki#3878!

[If you're interested in learning about other classes, we have a Class Guide Archive! - Naka]

[Copter Strike]: Used primarily for [Class Mastery III]. When [Momentary Phantasm] is on cooldown, [Copter Strike] is a good filler. Most of the damage is on the last hit, so you do not need to finish the entire animation.

[Hornet’s Touch]: Parry skill and animation cancel. You can cast it using your spacebar during any skill animation.

[Force of Knightess]: Standard FD buff. Note that this is technically a buff rather than a toggle skill, so you have to rebuff yourself after wipes or if the duration runs out!

[Gale Stab]: Elemental debuff – only the first hit is needed to apply the debuff.

[Splitter]: Very flexible mobility and damage skill. You can slide through any direction except backwards by holding the skill key together with a direction key. You can also cancel any skill animation midway using it. Since [Splitter] interacts with A and D direction keys, I find it helpful to map [Splitter] to a mouse side key while I press the direction key on the keyboard.

[Extreme Twister]: This skill is only good for lifestealing with [Fighting Spirit], but very occasionally, this skill allows you to fill in a few seconds of gaps between your main skills to keep your rotation going.

[Lava Raid]: Good for mobility. I use [Forward Pierce] followed by [Lava Raid] to move.

Avalanche can use [Gale Stab], [Splitter], [Extreme Twister], [Frosty Cross], or [Momentary Phantasm] to generate Ice Spears. When a skill hit connects with a target, you have a 20% chance to create an Ice Spear (up to a maximum of five spears). Skills that have more hits can generate more Ice Spears.

[Crystal Shooter]: throws one of your floating Ice Spears forward to generate 2% attack per spear (up to a maximum of five throws for 10% attack). Additionally, when [Crystal Shooter] hits a target, you reduce the cooldown of [Fatal Stinger] by 5 seconds. Here are some general tips:

You can consume Ice Spears to increase [Fatal Stinger]’s damage up to a maximum of 325% bonus damage (x3.25 the board damage).

1. Creates Ice Spears each time you cast a skill during [Crystal Maker]’s duration.

2. Allows you to cast [Crystal Shooter] without needing Ice Spears at all.

Avalanche can use either [Frosty Cross], [Blizzard Shooter] or [Icy Blast] to apply a Frostbite debuff for 5 seconds. When a target is frostbitten, attacking the target with any skill hit using [Gale Stab], [Splitter], [Extreme Twister], [Frosty Cross], [Momentary Phantasm], [Copter Strike], [Brandish] or [Blunt Slash] has a 25% chance to trigger [Fatal Stinger (Instant)]. Since the proc is RNG based, multi hit skills with fast animation times are better to proc [Fatal Stinger (Instant)].

We have access to five parry skills. The priority order for Parry Skills are as follows:

Blocking an attack with [Parrying Step] reduces the cooldown of [Gale Stab], [Splitter], [Extreme Twister], [Frosty Cross], [Momentary Phantasm] and [Fatal Stinger] by 20%, so this is your most important parry. [Hornet’s Touch] comes next as it is the second easiest parry skill to time. [Splitter] is third because it is the hardest parry to time. Last is [Fatal Stinger] – while [Fatal Stinger] has a huge parrying window, it is not worth it to cast [Fatal Stinger] for parrying. It is better to cast it together with five ice spears for damage.

We can invest SP away from [Gale Stab] to acquire more skills in the Randgrid tree.

[Rising Lava]: Great airtime. When you begin to fall down, you can briefly prolong airtime by casting [Falling Meteors] with the right mouse button.

[Falling Meteors] – Gets you in the air very quickly. Excellent for last second reactions.

Note that I stacked five [Crystal Shooter] stacks and five [Ice Spears] before the rotation.

Since Avalanche gameplay revolves around maximizing [Fatal Stinger] procs, there are no strict rotations, outside applying debuffs first and maintaining Frostbite uptimes.

After your opening rotation, cycle through your Frostbite skills as follows:

In raids, [Blizzard Shooter] and [Momentary Phantasm] tend to occupy #2 and #3 respectively, while [Splitter] is at #4 or #5. This is because there are downtimes during mechanics where your heavy hitting skills have the chance to go off cooldown. Secondly, blocking with [Parrying Step] also contributes to cooldown reduction. Since heavy hitting skills are prioritized over [Splitter], they will see more usage in raid, whereas in BTG, you have no idle times to recover your heavy skills, so [Splitter] is spammed more often, which brings it above [Blizzard Shooter] and [Momentary Phantasm] in BTG spreads. This discrepancy is normal and will be more prominent the more we follow the priority order. 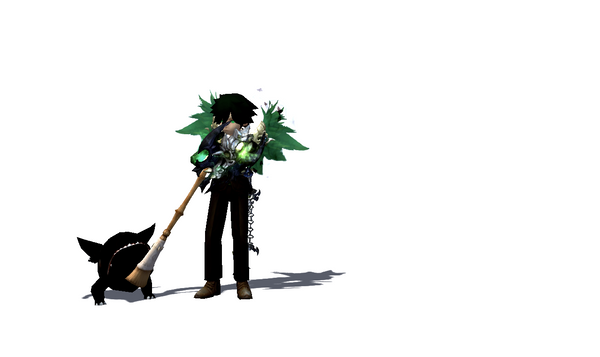 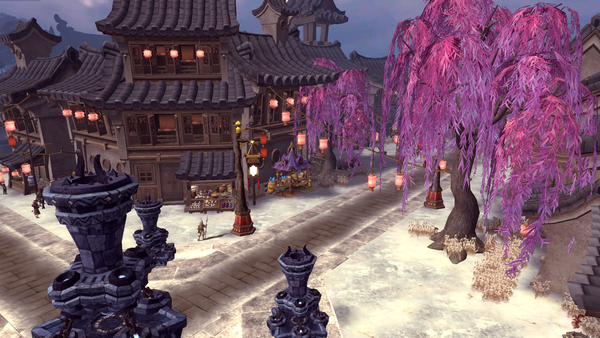