Raven is a heavy burst class with a lot of i-frames that focuses on building up stacks to use [Guillotine Cross] which decreases the cooldown of your ultimate [Overkill]. This class does have a lazy rotation and a rotation for btg but due to all the circumstances in content we focus more on prioritizing skills rather than doing the same rotation over and over again.

[Fan of Blades] - One of our main damaging skills and i-frames. This skill has 2 parts (using both parts can be done by just holding left click) the first part being a leap forward which is a i-frame and in the second part our [Chain Punishment] (CM3) is enhanced which makes us leap into the air and attack 3 times (the 3rd attack being the landing attack) giving us 1 [Steal] stack. This skill is mainly used for the i-frame because of the long leap i-frame or as the last skill on our priority list due to its long animation. The i-frame is so long it can be used to cheese a lot of mechanics.

[Preparation] - Our class buff which increases stats by 10% and gives us 10% additional damage when an attack crits. Make sure to rebuff when your party asks!

[Smoke Bomb] - When knocked down press left click for a i-frame. pretty self-explanatory.

[Decoy] - When getting hit with an attack hit shift and a direction key to teleport in a certain direction and leave behind a decoy. A pretty good skill to use when you want to reposition by just getting hit intentionally and decoying.

[Feint] - One of the strongest skills in the game. When being hit with a lethal attack it pulls you from the brink of death and gives you 10% of your hp and a 3second i-frame. Has a 300 second cooldown, basically giving us a second life.

[Iron Applause] - Our first [Chain Skills]. It is one of our main damaging skills with a fast animation and a debuff (Enemy Critical Rate -20%). Not much to say about this skill besides the fact that I use this off CD.

[Raking Stars] - Has 2 parts (left click after pressing the skill) and is our second [Shuriken Skills] mainly used to reduce the cooldown of our [Chain Skills]. Use this whenever it's off CD, It does not do a lot of damage but we need to use it for the CD reduction.

[Rain of Death] - Our main filler skill. Can hold 3 charges and does some decent damage with a fast animation. Try to fit this skill in between our other skills.

[Chain Punisher] - Our second [Chain Skills] (Hold left click to use the second part of the skill) and is our bread and butter damage skill with a debuff (Enemy Incoming Damage +20% for 20 seconds). Has a bit of a long cooldown and is somewhat risky to use due to its long animation in certain circumstances but try to use this off CD and prioritize this skill over any other skill.It can also be used to dodge stomps because both parts of the skill put you in the air, but it does take some time to get used to the timing. This skill will be your number 1 skill on your skill spread.

[Overkill] - Our ultimate skill which has a long 3 part animation, gives us a 20% action speed buff for 20 seconds and is our second main damage skill. This skill has a 81 second cooldown which can be decreased by 8 seconds when using [Guillotine Cross]. The first part of the animation is a short chargeup which is an i-frame, second part being the multiple chain whip attacks and in the last part we do a slight charge up and use the final attack. The damage is split evenly between both parts, so make sure to not cancel the skill early if possible.

[Chain Chaser] - Our second main filler skill. Pressing left click after the skill will use the [Chain Skills] part of the skill and give you 1 [Steal]. Use this skill off cd for the fast stack and quick damage. Also used to close distance between ourselves and the boss or to move around.

[Illusion Step] - Increased the range of our tumble by pressing space after tumble and increased the i-frame duration of the tumble by 0.5 seconds.

[Dedicate Crow] - Increased our damage according to bosses %HP. The sole reason why Chaser is so strong. Use this skill wisely to not waste it before a mechanic for the maximum damage output.

[Umbra] - Our 3rd filler skill, really good i-frame skill on a low CD with low damage. Puts down a circle of poison which explodes and jumps backwards. The whole first part of the animation is an i-frame before jumping backwards. Not mainly used for damage but just for the i-frame or to reposition backwards.

[Dead Fall] - Another 2 part skill which can be used by holding left click after using the skill. One of our high priority skills due to its fast animation, i-frame, and enhancing [Iron Applause]. Not much to say about this, pretty straight forward skill.

[Class mastery II] - (Passive) Increases PATK by 40% and Action Speed by 10%. When [Dead Fall] hits [Iron Applause] is enhanced which is [Chain Skills]. Can be used by holding left click.

[Guillotine Cross] - One of your strongest skills. Requires 5 [Steal] to use is our only way to decrease the cooldown of [Overkill] by 8 seconds.

[Crow Storm] - An i-frame skill which can be used by pressing right click after every [Chain Skills]. Does not do any damage but is very good as an i-frame and a gap closer.

[Awakened Passive Chain Combination] - When using [Chain Skills], press or hold left click to do an additional attack which gives you [Steal]. The effect on different [Chain Skills] does different damage.

The opener with 10 stacks is:

By this time your ult will be ran out so you will use [Fan Of Blades] left click --> [Guillotine Cross] and you will be left with 0 stacks. From now on, you will be focusing on skill priority:

[Dead Fall] has a little technique where if you [Crow Storm] (right click) right before you dash forward, it will give you a movement speed boost which can make you travel a really long distance. Getting the frame timing is a bit awkward but once you get it consistently, you can start adding skills to it. Here are few examples: 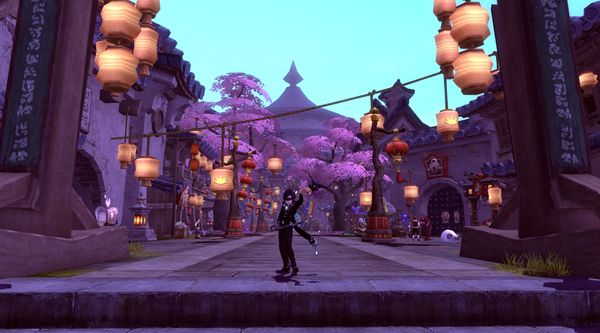 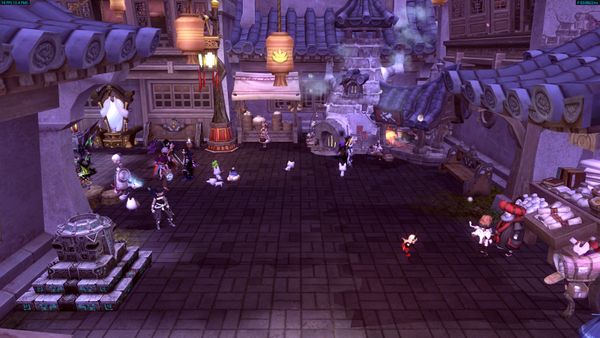 Ice Witch fixes and buffs, some minor balancing, and lots of other fixes.