Heyo, I’m Yoshi/Dinosaur (Yoshie#8887) and Light Bringer was my main when I played on the Dragon Nest NA servers. I’ve played LB ever since I’ve started playing Project Duck.

Light Bringer is an assassin who is capable of both DPSing and healing. Compared to other healers, Light Bringers don’t bring much utility to the party, but they make up for it by providing consistent DPS and nifty map-wide heals. This class is fairly easy to grasp as it lacks a bubble system, has great survivability due to numerous mobility skills, and has a pretty straightforward rotation.

Huge shoutout to Vino (IGN: anyone with the 20XX title) for providing a majority of the skill descriptions, skill builds and alternate crest set-ups. Another shout-out to ZenZach#0007 for his input on an alternate skill build in collaboration with Vino.

[Piercing Star]: This skill has up to three charges – you want to weave them into your rotation to fill gaps and make the class feel more fluid. This is further enhanced by the passive [Piercing Star (Awakened)].

[Fan of Blades]: This skill spins your character in a 360° circle and tosses out 6 daggers. You need to take this skill as it is a core component to your [Class Mastery III].

[Triple Blade]: Quality of life skill that is mainly used for the extra bit of distance it covers when used alongside [Tumble]. Note that [Triple Blade] does not count as an iframe, so you are vulnerable while you are throwing your daggers out.

[Outbreak]: Low CD skill that applies a damage taken debuff on enemies and is your primary spam skill, you’ll most likely be using this off cooldown.

[Full Brightness]: Low CD skill that does a 360° AoE attack around your character.

[Energetic Chakra]: A map-wide heal that restores 10% HP instantly, and applies a buff that heals 15% more HP after a brief delay.

[Strike Ring]: The second strongest hitting ability that has you leap into the air and subsequently spiral downwards, casting rings as you spin to damage enemies. This skill links with [Fan of Blades] and in conjunction with your [Class Mastery III] to reduce air time. (Note: You have an iframe from the time you disappear to the time you start spiraling downwards.)

[Healing Chakra]: This skill (when you put points into [Healing Chakra EX]) will somersault you backwards and leave a shadow clone that restores HP every 3 seconds, with additional healing based on damage taken. There is an iframe during the somersault.

[Pulse Ring]: Light Bringer’s ultimate is an amazing skill for sketchy situations. Once you activate the skill, your character will take a stance in which you can left click 3 times to shoot out 3 orbs, or right click to end the skill and explode an orb to deal damage. You must have all 3 ‘charges’ to be able to right click, so you cannot shoot an orb and then right click to deal damage.

The beauty of this skill is that each orb lasts for quite a while when they’re on the ground. Stepping into the orb gives a 10s damage reduction and cleanses debuffs. Theoretically, you can hold onto an orb and shoot them 10 seconds apart, which means you’ll have 30 seconds of damage reduction. However in doing so you will become immobile and susceptible to damage.

[Chakra Cure]: An AoE skill that cleanses debuffs from your allies. This skill does not hit airborne allies, so be wary of classes with a lot of airtime (Windwalkers, Silver Hunters, Lunar Knights, etc).

[Pact of Azuna]: A cat that does damage while it’s summoned. It’s not a priority to always recast this during field wipes, but it does add up in the long run.

[Blessing of Azuna]: A raccoon that provides a buff which increases your Light Damage. Make sure you always recast this summon whenever there’s a field wipe.

[Balm of Azuna]: A rabbit that heals your party for a small amount while also restoring MP every 2 seconds. It’s nice to have this summon up, but not a priority when you’re doing other mechanics.

[Illusory Chakra]: This skill basically makes you Naruto run forward to deliver a punch, and acts as a filler skill.

[Illusion Strike] / [Night Burst] / [Dark Focus]: Mostly taken so you can get [Dark Line], which is a great filler skill.

[Nether Burst]: Your character leaps into the air and then comes crashing down like a fake Justice Crash. This skill does good damage, and can be a useful movement tool.

[Dark Line]: This skill doubles as a movement ability as well as a decent filler skill. Once used, your character dashes forward in a line, which is great for lining up to use other abilities like [Sunshine Spark] and [Strike Ring].

[Chakra Ring]: Optional skill. I typically don’t fancy using this that much and therefore removed it from my build. It’s basically a budget Wax to increase movement speed.

[Rubicon]: This skill is an amazing clutch skill for when you’re in need of an iframe or dodge. When you use it, your character briefly disappears (which counts as an iframe) and then teleports into the air. This skill can also cancel any other skill as long as you are on the ground. Right click immediately when you’re in the air to ground your character while dealing a little bit of additional DPS.

[Miraculous Chakra]: Your ‘big’ heal skill that covers the entire map and restores 35% of everyone’s HP. Afterwards, it applies a buff that heals your party even more over time.

[Sunshine Spark]: This skill is what Light Bringers are known for (also known as the Spirit Bomb skill). You leap into the air and throw down a giant ball of energy that slowly descends downwards while pulsing damage before finally exploding. Optimal positioning requires you to throw the ball at an angle so that the mini explosions from Sunshine Spark hits your target, along with the final explosion.

[Class Mastery I]: Gives a percentage increase to your Strength and Agility, and a 10% ele buff for 10 seconds after using [Outbreak] or [Full Brightness].

[Class Mastery III]: Chaining [Fan of Blades] into [Strike Ring] makes it so when you cast [Strike Ring], you no longer slowly descend downstairs and instead deal a single burst attack.

Passive [Quantum Trance (Awakened]: Allows you to jump out of [Outbreak], [Full Brightness], [Energetic Chakra], [Miraculous Chakra], and [Chakra Grip]. Another “oh shit” button. Right click to teleport back to the ground if you misinput or want to land to cast other skills quickly.

Passive [Quantum Trance (Awakened)]: By pressing space while using [Outbreak], [Full Brightness], [Energetic Chakra], [Miraculous Chakra], and [Chakra Grip], your character will teleport into the air and cancel all previous animations. A great defensive tool to avoid ground attacks, and your character is iframed during the teleport animation.

[Chakra Grip]: Rush forward and deal damage to enemies in front of you. Holding S during this skill greatly reduces the damage traveled.

[Unseen Art]: This is your highest damage skill in your spread, and it’s a high priority as it not only drastically impacts your damage, but provides a refreshable 5% damage debuff to all enemies hit for 5 seconds while the ring is active.

Vino’s Note: This class has a lot of freedom for personal preference with skill plates, but you probably want Action Speed on your big heal no matter what. If you swap [Strike Ring CD] for DMG, make sure to swap [Fan of Blades CD] to DMG as well. Their cooldowns line up perfectly, and keeping them that way will reduce how often you use one without using the other.

[Rubicon] and [Quantum Trance] are amazing safety nets for when you know an attack is coming, and you want to maximize DPS. Both skills can link into [Sunshine Spark], giving you even more airtime to avoid attacks. You can also use [Strike Ring]’s brief airtime once you become accustomed to the timing to avoid mechanics as well. Don’t forget that most attacks (Kodiak’s slam, Kodiak’s cross, Balapa’s slam and Dragon’s crash and slam) can be avoided by being in the air if you’re high enough. [Illusory Chakra]’s built in iframe can also be used for key moments when you need to get to the boss quickly (i.e. Dragon’s spin and iceball mechanic).

Although you can do good DPS as a Light Bringer, it’s important to remember that in the end, you are a healer. Being greedy for DPS at the risk of being killed or even wasting your [Feint] is never a good trade-off.

Light Bringers have a plethora of skills with low CD, which means you’ll most likely be using some skill, even if it’s a filler, at any given time. Stick close to the boss, make sure you put your [Unseen Art] in such a way that you know the boss will not move out of it and you can maximize your DPS output during each [Unseen Art] rotation.

Light Bringer doesn’t really have a fixed rotation. You have an opening rotation and afterwards a priority system.

Afterwards, use fillers ([Dark Line], [Illusionary Chakra], [Piercing Star], [Rubicon], [Dark Conviction]) until one of your main spammable skills is up. Try to fit 5 [Outbreak]s, 3 [Chakra Grip]s, 3 [Full Brightness], 2 [Strike Ring]s and 2 [Sunshine Spark]s into your opening [Unseen Art] rotation. After your opener, your priority is now to cast [Strike Ring (CM3)] off CD, followed by [Sunshine Spark], [Outbreak]. [Full Brightness], and [Chakra Grip]. When you notice your next [Unseen Art] is coming up, plan accordingly so that 3 or more of your main skills are coming off CD when you cast it. 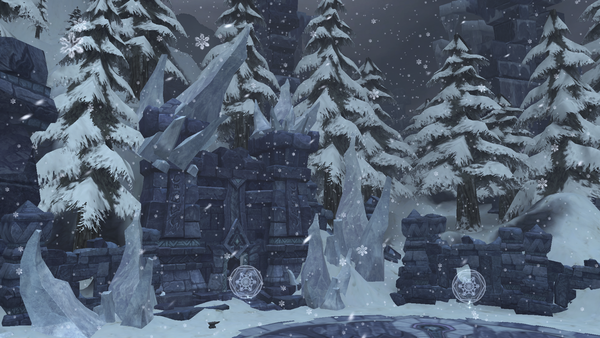 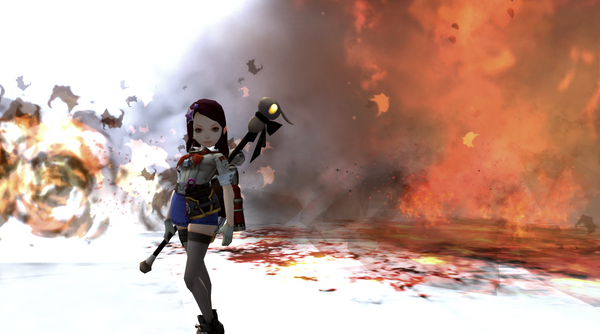