For those of you who haven't seen our Discord announcement, we're working on a new 64-bit client! We've gotten mostly everything working, currently finding and fixing all the random little bugs. The new client boasts greatly improved performance (60 FPS in BDNTA finally!), far fewer crashes, faster loading, no more running out of memory, and lots of new features!

We hope to have this ready for public beta testing next patch and then it'll become the default client after that. We're also holding off on releasing RuDN HC and other content until we have the new client out so everyone can enjoy the game with better performance.

After the new client, we'll be working on updating the server software, which unlocks a lot of new things, namely multiserver, Vandar, new features, and more. Please be patient with us, as all this work will slow down content and class releases, but we think this will be worth it. Thanks for sticking with us!

No one uses the spread wave pattern anyway

[Overwhelm] no longer costs mana to cast
[Thrust Force] no longer requires you to collide with a target to do the finisher attack, you now have full control over when it ends by left clicking at any time after flying forward

[Draw Blood] healing should be more consistent with these changes

Doesn't seem to work in BTG though for some reason

[Awakened Whirligig] reduces Windcall cool down by 5s on hit.

[Trigger] and [T-Operate] now work as intended thanks to ALISTAIR. T-Operate now teleports you to the Trigger or detonates the explosive Trigger.
The iframe on T-Operate was left alone, despite being an initial bandaid for these skills originally not working. This can be removed if necessary in a future patch.

- Victory goes to the team that is fastest to the target score of 30000 points by killing monsters and opposing team heroes.

- If time runs out and neither team gets 30000 points, the team with the most points wins.

- If time runs out and each team has the same points, it will be a draw.

- Regardless of the time limit and the amount of points you have, if your opponent gives up, your team wins.

- Both Rumble Modes require at least 4 players total to enter the mode.

At the beginning of the match, all cooldowns are greatly recovered to get your initial skills ready!

Killing an enemy still gives the point transfer that the original Rumble Mode uses.
The player that is killed loses 30% of their points while the other player receives them.

◆ Insignias
Insignias are small team buffs to help support your team. They are obtained from killing Champion-level monsters.

- After a certain amount of time passes from the start of battle, the 'Heat of Battle' buff will be applied to all heroes.

Heat of Battle: Increases attack power of all players.

Losing and Ties result in receiving a Good Effort Pouch

This version of Lost Temple significantly increases cooldowns on skills that are determined to be "Blacklisted" (according to Salad of course ;)). This type of feature may be used in the future on other maps and modes.

See Salad's Document for the list of Blacklisted skills.

This map is only selectable for Rounds mode and only allows up to 2 players.

This map is a pretty similar copy of Lost Temple, with some slight wall/collision modification/improvements and a similar look to Salad's 1v1 Temple. Nothing else is changed compared to the original Lost Temple.

This is the same map but with different monsters lol

Blush did something to original Lost Temple. He can tell you what he did lmao.

Attempt number 2 at smoothing out the walls to make wall-bouncing more reliable... (only applies to outside the domes)

All new maps we've recently added now display the player who uses Unstuck in a match (as well as Forest Gauntlet). 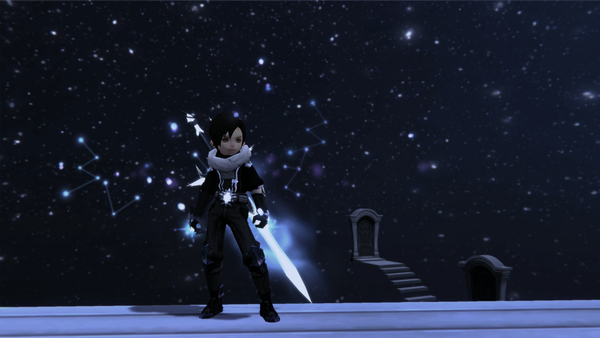