April Fools is coming but before we have fun and games we're hitting some things with the mallet.

Tradable DNP coupons are purchasable at a 1:1 QC rate (they are not purchasable for DNP). These coupons can then be traded on the marketplace/trading house once. You can also use this to gift DNP to other players.

As some of you may know, some very old players (and staff) were able to acquire 3-letter long names directly from the staff. We're now making these names available to anyone with... sufficient Vahreins.

The voucher can be purchased from Kylie for 1024 Vahreins (approx 2.9m gold). As the tooltip states, there are several things to keep in mind when purchasing the voucher:

After purchasing this voucher on the character you wish to rename, please reach out to a staff member (Altair, Vahr (yes you can DM him for this), etc) to redeem your voucher and obtain your new 3 letter name!

Hard to buff Glad without making the skill gap even higher, needs some kinda work to make it less elitist, even if just a little. Hacking Stance buffed to deal damage equal to a little more than TS/FT/Feint/Parry rotation for the duration (6s), CM1 no longer affects Hacking Stance. This is works as a freebie DPS period regardless of how good you are at the class since for the most part you just hold left click.

Still doing too much at small bosses, but otherwise doing okay overall

Turns out the Stance of Faith spacebar just didn't... work. Nobody uses it anyway so we can at least have our fun. Bringing back Aerial Block EX

[Stance of Faith EX] You can press [Jump] while stancing to jump while blocking. Getting hit while airborne deals damage (same as SoF successful parry) and gives you a bit of a vertical boost, and can chain at a faster interval

[Sawblade CM3] left-click cast removed on-hit direction. Now shoots at a fixed range. Right-click cast will now shoot the on-hit direction version.
Roy Note: For the high-pinged individuals that will be trying this out, please let Roy know if this helps/doesn't change anything/or makes it worse as this may be used in the future for other skills that are too ping-sensitive.

[Class Mastery II] Magic ATK increased: 20% --> 25%
[Curse] is now an option. Select the corresponding [Class Mastery I] to choose between having [Curse] debuff or do increased damage

Decreasing board damage of base skills but increasing coefficients in order to discourage mixed tree builds for Lustre. After that, further buffs as it seems to have become quite a lot weaker rework

Impactor buffs from the rework have made Impactor skills such as L-Action and L-Combo stronger than some Lustre skills. Making Lustre more reliant on its OWN skills within the rotation rather than using Impactor skills as filler and having the filler skills do more damage

As winter ends and spring begins, a sleepy Roy wakes from his hibernated slumber...

Now you can't blame relics for your death, Zen 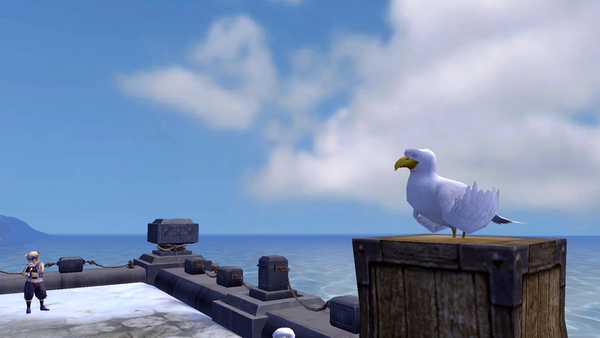