Hello, this is Zemin (hirexxar#1570). I’ve been playing PDN since 2020 and main Destroyer, Inquisitor, and Crusader. Destroyer is special class because its dps heavily relies on [Crash Mode]. You sometimes need to take damage on purpose to extend Crash Mode's duration, so inting is a part of the rotation :^).

[Flying Swing] - Normal [Flying Swing] and [Flying Swing Instant] are the only two skills that generate 5 [Rage] if hit. It gives 70% damage reduction while casting and it can also work as parry skill before the swing.

[Crash Flying Swing] - Unlike normal [Flying Swing], it doesn’t generate [Rage] or provide damage reduction. However, it can extend [Crash Mode]'s duration by 2.5s if you successfully hit with the 2nd swing, so this is the skill that you wanna spam. It can also work as parry if you hold down the S key before casting, but it won’t give you extra crash mode duration. Using it with [Destructive Swing] doesn’t allow you to control the 2nd hit.

[Crash Punishing Swing] - It also serves as a provoking skill, but it deals a lot more damage than the normal one. Using it with [Destructive Swing] will significantly increase the cast speed.

[Crash Bombs Away] - No longer triggers [Flying Swing Instant], but deals a lot more damage. Using it with [Destructive Swing] will significantly increase the cast speed.

[Roll Attack] - It has i-Frame when you’re in the air. Holding down keys WSAD before casting will change the flying direction. For getting full hits (10), press S before casting.

[Crash Roll Attack] - Has no i-Frame but deals a lot more damage. Using it with [Destructive Swing] will significantly increase the cast speed. You can use it to dodge stomps while in the air.

[Crisis Howl] - Generates 10 [Rage], but you hardly have chance to use it because of super armor.

[Battle Howl] - A buff skill that provides 10% extra damage. Use it whenever you get buff wiped.

[Enervating Howl] - A must have for debuffing enraged bosses. Note: you can only wipe buffs on bosses, you can’t silence them.

[Stomp] - An optional skill that can slow down certain monsters. So far it only works on mobs in BDNTA dragon phase 1.

[Endure] - Provides an area that makes your party members who are in a certain range invincible for 3-ish seconds. Note: unlike Saint’s [Immortality], you get the i-Frame immediately after casting.

[Empowering Howl] - The golden condom that gives you and party member a barrier for 30% of max hp. Destroyer’s barrier is the only one that provides extra 500 super armor effect, but your own barrier will disappear if you activate [Crash Mode], so make sure you use it beforehand. If you use it during Crash Mode, you won’t be able to increase Crash Mode duration by taking damage until the barrier is gone. It is also a self-heal skill that recovers 1% of max hp every 2 seconds.

[Maelstrom Howl] - When you have 50 [Rage], you can use [Maelstrom Howl] to activate [Crash Mode] for 10s and wipes your own [Empowering Howl], but if you received barrier from another tank, you can’t wipe it. However, this is the only skill that activates [Crash Mode]. It also has 70% damage taken reduction and a 20% debuff for enemies hit. Note: if you’re in Crash Mode and activate it again, your Crash Mode duration will be reset.

[Crash Assault Crash] - 45% faster than normal [Assault Crash] and serves as a self-heal skill --- it recovers 2% of max hp per swing, so in total you can heal 10% of max hp. You can’t use it with [Destructive Swing].

[Crash Mode] - Unwipeable buff. When you have 25 or more [Rage] and in Crash Mode, you can gain extra 15s duration by using [Crash Mode], but you cannot activate Crash Mode by directly casting this skill. When you’re in Crash Mode, you have constant 50% damage taken reduction, 15% extra damage, and your super armor becomes higher. If an incoming hit deals more than 1% of your max hp, your hp recovers by 0.5% and Crash Mode extends by 1 second. This is where you need to take damage on purpose sometimes to stay in Crash Mode as long as you can. As I mentioned before, you cannot wipe the barrier from another tank, which makes it nearly impossible to take damage so that you’re unable to extend the duration. Note: Environmental damages don’t increase crash mode duration. Ex: RuDN boss 1 spikes. 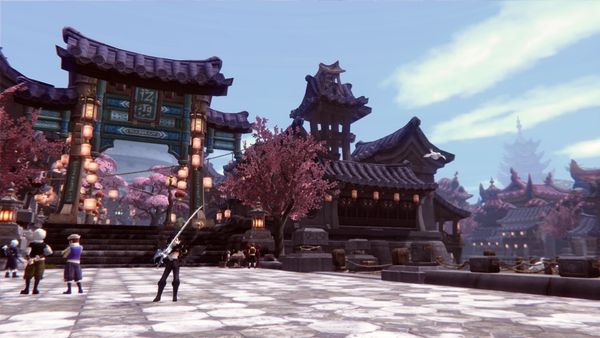 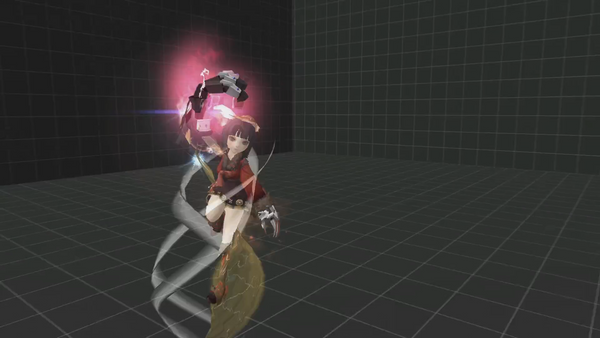