Hey, I'm Salad (snot#7451)! I’ve been playing Paladin (mostly Guardian) for around 6 years and am known for my aggressive playstyle in PvP. I have participated in PvP balancing for Project Duck and have won past Wipeout events.

Guardian is a bruiser class, an armored turtle, with decent burst damage and reliable combo damage. While it has relatively low mobility compared to other classes, it has access to some great tools, high Super Armor (SA), Super Armor Break (SAB) and can be quite fast in the right hands. Given it’s amazing kit, Guardian is extremely flexible and can be played in multiple ways ranging from passive and calculated to fast and aggressive. Guardians do best when sticking close to the enemy and countering their engages. In order to be a good Guardian player you have to know when you can SA tank something, when you should dodge it and what tools you can use to counter these plays. Outside of soft-ban environments it attains a tank identity and has a myriad of blocks, damage reflection and damage reduction which it can abuse on top of its strong bruiser game-play.

Guardian’s main weaknesses are its lack of range and mobility that can make it very difficult to stick to long range classes and its relatively low damage outside of combos.

Crusader is a powerful burst class which has access to ranged and melee tools that make it very versatile in controlling space and forcing their opponents hand. Similar to Guardian, it lacks in mobility but its extended range makes up for this somewhat. A Crusader’s weakness lies in its skill priorities which are often towards the slower skills in the kit making Crusader feel more boxy/slow than Guardian. It is squishier than Guardian and suffers from slightly lower Para Resist which can make it hard to play against faster classes.

Guardian has a lot of SP that can be moved around. As long as you get your important skills maxed it is very flexible.

I like maxing [Shield Blow] for consistent combo damage but you can move that SP to [Divine Combo], [SBL], or [SKK] lv 6 if that's your style. [Divine Ascension] also doesn't do that much damage outside the cross ticks in combo so you can move that SP around as well. [Provoke] is also only for style so you can choose not to take it.

You can drop points from [Divine Ascension] to put them into anything else you want. Same idea as other build with [Provoke]. You can also opt out of taking [Aura of Healing] as it is awful.

Note: Do not take [Divine Judgement] in PvP as it does not work. (I took it for testing and didn't bother to remove it).

Not much to say here. You are basically giving up some damage for the important BL skills. I max [Heart of Glory] over [Divine Hammer] as it is a better ultimate.

For Crusader you could take Smite or Relic +1 but be aware that this bugs the animation for the opponent so they will see the non ex animation creating an unfair environment in your favor. I don't personally recommend taking either of these over Armor Break though due to the overall damage loss.

Due to the changing nature of PVP Balancing I will not be including SA/SAB values for this guide as they could quickly become outdated. If you want access to that information reference Roy’s handy Spreadsheet here: https://docs.google.com/spreadsheets/d/1RTVaXn-wPxuAvPBZ9egfjoGGuSgB9UyFPYxXvPqTbmc/edit?usp=sharing

I like to use a Flail but most of these combos are possible with Mace. I find Flails to be more flexible and allow for more combo possibilities but Maces can be easier for beginners so they’re totally viable.

Some combos failed here because I forgot to activate [Conviction Aura]. Big reason why it is the best aura to use currently.

The main differences are from each classes’ skill priority in order to maximize damage. Crusaders prioritize using full [Divine Combo] and not canceling [SBL] early since it is a big source of damage. They use [Goddess Relic] a lot more before big skills, as well due to the debuff it provides. I hope these slight nuances are demonstrated in the videos.

This is a really old combo guide by Zeplic. This video is how I learned to combo so I have to show respect. However, it is extremely outdated now, If you watch it take it with a grain of salt. Also it is very basic and misses out on a lot of cool options. Examples of outdated things: [SKK] lvl 6 does not have that high of a bounce anymore, [stomp kick]> [para-bolt]/[divine combo] left click are very unreliable now (you can abuse auto-stand in other ways though), etc. 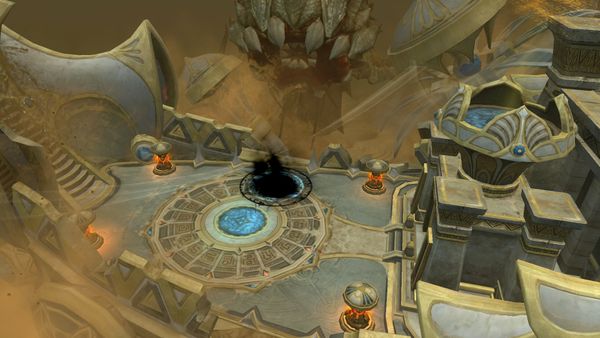 Updates to shops, QoL and other small bugfixes 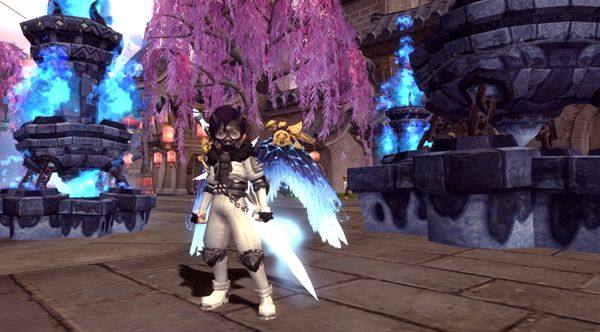 Smol patch for some bug fixing, minor improvements, and a new costume set!