Yo! Danny here and I’m a play-it-all kinda guy. I’ve been playing Dragon Nest since release and Project Duck since 2019.

You want a tank-burst DPS class with a pony? Then Randgrid is the best class for you. A lot of Randgrid skills have high SA value – especially her awakening passive. To me, Randgrid is a safer Barbarian. I use main skills (that I would label as fillers even though they're not) until its time for the infamous “hi-yah!” (aka [Counter Flare]).

[Hornet’s Touch]: Meant for block and also an iframe. This can be used for animation canceling.

[Flash Lift (CM3)]: Changed to Fire Attribute through CM3 – the Attack Power is increased and CD is reduced by 3 seconds. Use [Land Crush] right after to increase its casting speed.

[Parrying Step]: Take a defensive position and leap backwards. [Parrying] is applied only at the beginning of the animation but even when [Parrying] fails it has a long iframe.

[Splitter]: Just another animation canceler (I’ll have an alternative skill build that allows you to get this skill at the required level, you will be sacrificing [Hornet’s Touch] levels but that is fine.)

[Rising Lava]: Leap in the air to deal high damage. This skill should be used right before [Falling Meteors].

[Falling Meteors]: After leaping in the air, you strike the ground which deals high damage. [Falling Meteors] is one out of the three skills that add Burn, which allows you to deal more damage. This can be activated by right clicking after [Rising Lava]. This skill also activates [Stomp n’ Stab (Instant)] and your buffs [Force of Knights], [Fighting Spirit], [Lance Mastery], and [Damage Resistance] (all buffs which are necessary to your build...just add them 😊).

[Iron Lance]: A shove-then-stab skill that does good damage, with low CD and also your elemental debuff. This also reduces damage you receive by 50%.Has a left click function for an additional hit.

[Stomp n’ Stab]: You stomp your foot then you…STAB! The cooldown isn't too long or short, the skill does pretty good damage, and you get increased SA. Has a left click function for an additional hit.

[Lava Raid]: Leap in the air and slam down leaving an Aftershock in the location that deals 50% of the initial skill. Your SA will also increase using this skill as well. Has a left click function for additional hit. (I recommend only using this when your CM1 doesn’t proc.)

[Radical Charge]: Learning this skill is a must in order to learn [Land Crush]. This can be used to push crystals in IDN or used as a filler of some sort.

[Land Crush]: Spin around and slam the lance on the ground. This skill does great damage and also has a left click function for an additional hit. This is the second out of three skills that inflicts Burn, which allows for additional damage.

[Blaze Strike]: Randgrid's Ultimate, and the last of three skills that inflict Burn for additional damage. I have this at max but for the skill build that includes splitter you would keep this at 1/3.

[Counter Flare]: Take a defensive stance then start launching out strong stabs that cause explosions. This is your bread and butter, and should be top in your DPS spread. Consumes 2 courage (bubbles) every stab and thus the reason why this skill should be used right after activating [Heat-up]. When [Heat-up] runs out and this skill is off cooldown, you can use it in between your rotation until the next time you can combine it with [Heat-up]. Damage received is reduced by 50%. If you successfully block, your next stab has a 30% chance of coming out faster.

[Heat-up]: Every 2 seconds, 1 courage is generated instead of 5 every 1 second. (This is why we pair this skill up with [Counter Flare]. EX skills that use courage are enhanced [Iron Lance], [Stomp n’ Stab], [Lava Raid], [Land Crush], and [Counter Flare].)

[Heroic Charge]: You hop on a flaming stallion and charge forward for 3.5 seconds. The entire skill is iframe during cast.

Max everything in the Randgrid tree and Awakening like normal. The benefit to this build is increased ability to animation cancel. Personally, the only time I ever animation cancel is with [Heat-up] and even with [Hornet’s Touch] at a 17s CD, it will usually always be up to cancel [Heat-up].  This is preference though, as it has the potential to increase DPS but I’m choosing to not be that picky. If it works for you let me know!

Your two opener skills will always be [Brandish] --> [Iron Lance]. After this, there are three different options for how you can continue your opening rotation – all include applying Burn before your [Heat-up] --> [Counter Flare] combo. After finishing with [Counter Flare] you can then use fillers until [Heat-up] is off CD.

Make sure to avoid using [Land Crush] on its own – you will notice a difference in the cast time. Spam [Iron Lance] as it does good damage and it is your elemental debuff (and there's nothing wrong with keeping the boss debuffed!) 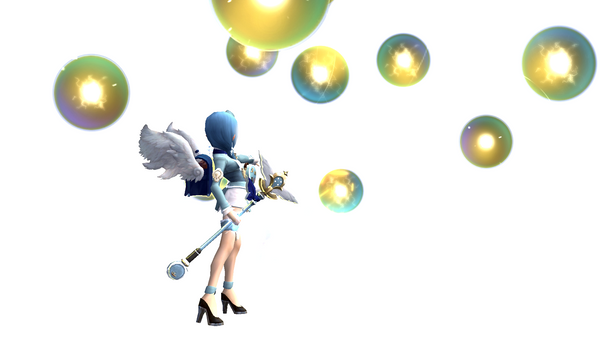 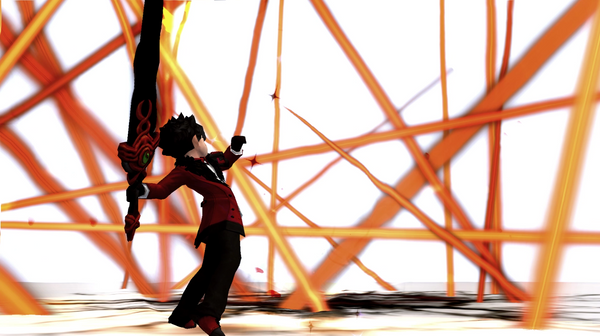